Betrayal: Obama Signed Off On Iran’s Right To Have A Nuclear Program In Secret Talks Back in 2011

Granted, this is according to Iran’s Supreme Leader, but the judging by what else we know about the deal… 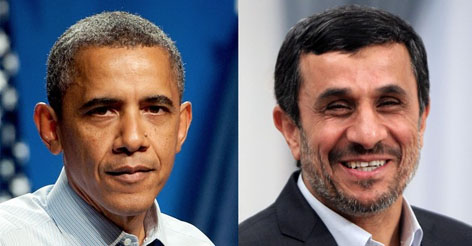 President Barack Obama approved of Iran’s right to operate a nuclear program in 2011 during secret meetings with Iranian officials, according to new disclosures by Iran’s Supreme Leader.

The comments, made earlier this year by Ali Khamenei, dispute claims by the Obama administration that it only began talking to Iran after the election of President Hassan Rouhani.

Khamenei revealed in a recent speech that talks began in secret with anti-Semitic, Holocaust denying former President Mahmoud Ahmadenejad. At this time, Obama told the Iranians he endorses Iran’s right to have a nuclear program.

You can read more about it here[2]. They seriously can’t kill this deal fast enough.