BETRAYED! Brutal man locked up for vicious rape of Good Samaritan after she helped him

John Painter claimed to have nowhere to sleep so a kind good Samaritan woman invited him to sleep on her couch… then he raped her![1] 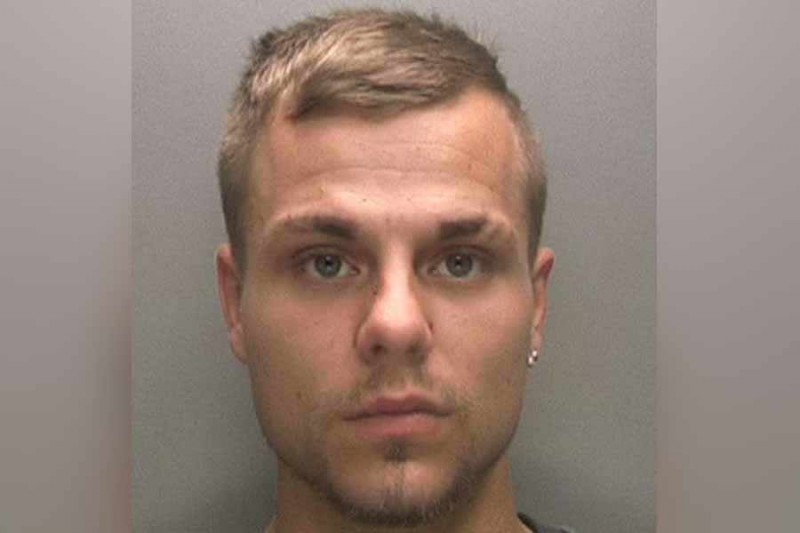 She offered the 23 year old the use of the sofa and paid a terrible price, Wolverhampton Crown Court heard. Painter became aggressive when she rejected his advances on August 12, explained Mr Nicholas Cartwright, prosecuting. The thug hit the woman, grabbed her hair and pushed her to the floor where she believed she was kicked in the back of the head, the court was told. He hurled her mobile phone out of reach, smacked her face and warned he would keep hitting her until she engaged in sexual activity with him, continued Mr Cartwright.

Painter later left the address warning he would ‘kill’ her if she reported the incident to police, which she did soon afterwards. The defendant was arrested a couple of days later but offered an alibi that turned out to be bogus, it was revealed. He claimed to have been at the flat of a friend at the time of the offence and offered the names of two people he claimed would support the story. Neither did and a taxi driver, who had driven him to and from the property where the crime was committed, picked him out in an identity parade. His victim later told police that her self esteem was now at rock bottom and concluded: “I am normally quite a strong person but this has made me feel weak.”

Painter from Walsall Road, Walsall, has several previous convictions for violence towards women and was on bail accused of assaulting another woman and her father at the time of the offence, the court was told. Mr Christopher Loach, defending, said: “He can offer no excuse because there is none. What he did was against the will of the woman. His antecedent history gives the court reasons for concern and there are clearly issues he needs to deal with. He is prepared to co-operate with anybody willing to help him.”

Painter admitted rape, assault and attempting to pervert the course of justice and was sent to prison by Judge John Warner.

This filthy man deserves every punishment he receives in prison and hopefully his victim will be able to heal from this horrific attack.