Our immigration system is a joke. Beyond the fact that millions of illegals have crossed the border into the U.S. in violation of our nation’s laws, we are losing the battle against these invaders in innumerable ways. 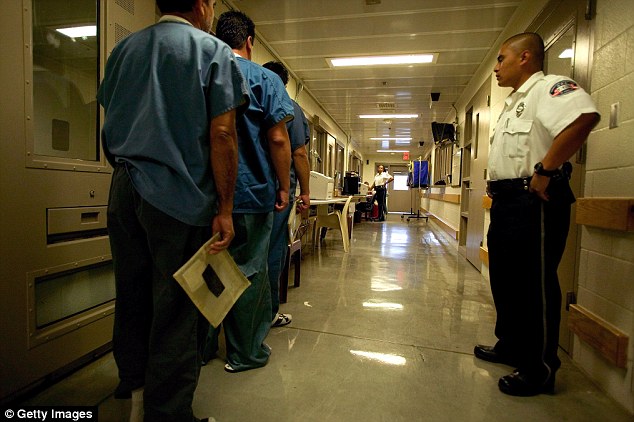 Those who come here illegally are aided by organizations that declare that immigrants have a right to come and take from America. They are aided by Central and South American countries which actively promote illegal immigration to the U.S.

They are aided by lawmakers who offer sanctuary cities for these criminals and they are aided by a federal government that is headed by a tyrant with no regard for the laws he has sworn to enforce.

Most importantly, illegals are aided by a culture that refuses to draw a defining distinction between “legal” and “illegal” immigrants. Because of this cultural insanity, liberals pretend simultaneously that welcoming criminals to the U.S. is a noble duty affirming human rights.

Though they have slowed to a trickle, deportations still do occur on occasion. As a result of the continuing debate surrounding whether or not America should have and enforce laws, illegals that wish to stay in the U.S. have learned how to work the system by fabricating false stories that might allow them to have refugee status.

Criminals who have violated our laws and have become skilled at working the system? Yeah, I’m sure that if allowed to stay, they will make great additions to the American workforce…

The Daily Mail reports that as illegals make-up stories about abuse, some of them are being discovered to be hoaxes.[2]

Illegal immigrants awaiting deportation are making up rape claims to stay in the country for longer, DailyMail.com can reveal.

Thirty-six claims were found to be false in just one year, according to figures released under the Freedom of Information Act (FOIA).

The scale of the false allegations was described as a concern by a watchdog group, who said it raised questions over whether illegal immigrants were trying to delay or dodge deportation by making untrue rape or sexual assault claims.

The allegations proven to be false were all made to Immigration and Customs Enforcement  by people held in their detention facilities.

A breakdown of the rape allegations shows that 90 were unsubstantiated, meaning there was not sufficient evidence to prove the incident occurred.

There was evidence proving the attack did not take place in 36 of the cases.

None of 31 allegations against guards or contractors have been substantiated. Five were found to be false.

Thirteen were ‘referred to management’. The records would not elaborate on what that meant.

The allegations proven to be false included claims by a detainee at Otay Detention Facility near San Diego, California, that a guard raped them.

A  detainee in El Paso, Texas, claimed she was being harassed by Muslims. Officers later found she was lying, and a detainee in Bakersfield, California, claimed a guard inappropriately touched 17 women during a pat down after dinner.

Detainees are aware that they can postpone being sent home if they file a complaint – even if it might turn out to be a lie.

They are normally placed inside solitary confinement – or administrative segregation – for five days after they make a complaint, but some can chose to stay longer if they feel they may be at risk of further attacks.

A watchdog group warned that false accusations could be used by detainees to extend their stay in the U.S.

The important question here is: why are these people being held in America?

This is a standard practice of all levels of government: those in charge convolute what should be a simple solution (ie: prompt deportation and prison time for repeat offenses) and then augment the problem and pretend that there is no reasonable solution.

For an example of the kind of governmental obstructionism about which I speak, please take a look at the state of the death penalty in America and the obstructions to enforcing basic law and order capital punishment endures.