This Doctor died for almost a half hour and came back to life… what she saw has haunted her for more than a decade[1]! 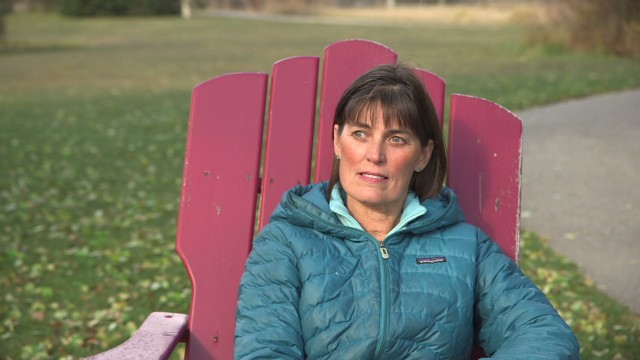 Dr. Mary Neal, an orthopedic spine surgeon who describes herself as a “concrete thinker” who isn’t “fanciful” and doesn’t exaggerate, spent a long time trying to explain a seemingly inexplicable event that unfolded back in 1999 following a near-death experience. After almost drowning during a kayaking accident while on a trip to Chile — and supposedly going without oxygen for 24 minutes — Neal remarkably survived without sustaining any brain damage.

And as if that weren’t miraculous enough, she claims that she visited heaven, interacted with spirits and was warned about her son’s death 10 years before it happened — an experience that left her confused and in awe. When Neal recovered from her traumatic accident, she said that she found herself on a journey seeking answers, wondering whether she had imagined the entire heavenly ordeal.

“I really needed to figure out what I had experienced. I have gone through the process of coming up with alternative explanations,” the doctor told OWN TV’s “In Deep Shift,” noting that she considered the possibility of dreams and hallucinations. ”We always want to find an explanation that we can understand other than something that is divine. I am a very concrete thinker. I’m not fanciful. I don’t exaggerate.”

After all that exploration, though, Neal claims that she believes what happened to her “was beyond science,” describing what she purportedly saw in heaven. She recalled entering a “domed structure” and being greeted by spirits who were “overjoyed” by her arrival — and she described these entities as being physical beings that had a notable and visible formation.

“They had physical form. They had heads, arms, legs and were wearing sort of robes,” she said, according to the Huffington Post. “I knew they were there to love me and guide me and protect me.”

Neal recalls not wanting to leave heaven, but the spirits told her that it was not her time and subsequently reunited her with her body, she claims — but not before telling her something that would haunt her memory for years to come. In addition to asking Neal to share her story with others, she claims that the spirits said her oldest son would die at some point in the future.

“They didn’t tell me the date or the time, but it was very clear that would be happening,” she said. ”I woke up every day hoping the plan for my son’s life would change.”

Ten years later in 2009, she said she learned on the very day that she completed her memoir, “To Heaven and Back,” that her son had died in an automobile accident, according to the Huffington Post.

There is a scripture in the New Testament that reads ‘For we walk by faith, not by sight’. This means that for most of us it is not God’s will to show our eyes everything but that by faith we can gain the same knowledge as if we had seen it with our eyes. Dr. Neal’s experience was hers alone and while it’s rare to gain the same experience, I believe that anyone can obtain a personal knowledge of the afterlife with real prayer and meditation with God.