Bibi Breaks Down Exactly What He Told Obama Over the Phone Following Iran Deal: ‘I Said…’

As shocking as this sounds, Israeli Prime Minister Benjamin Netanyahu was not in agreement with the treaty President Obama wants to sign with Iran.  Here’s what he told the President… 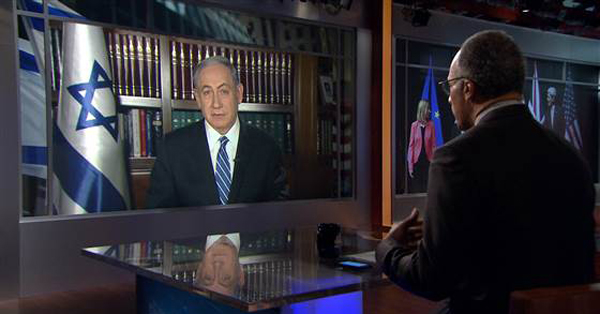 “You let the number one terrorist regime in the world have a short path to the bomb and hundreds of billions of dollars to finance its terrorism around the world — that’s not good for any of us,” the Israeli prime minister added.

Holt asked Netanyahu if he felt that Obama has “betrayed” Israel on the issue.

You can see the interview here[2]. Netanyahu promised to lobby anyone who will listen on how terrible this deal is.