Dealing with children day in and day out probably carries with it a lot of joy and happiness.  Being the Big Bird Puppeteer would certainly be a great opportunity to experience that level of joy.  Unfortunately, that joy  sometimes can be overshadowed when those children are living under depressing circumstances.[1] 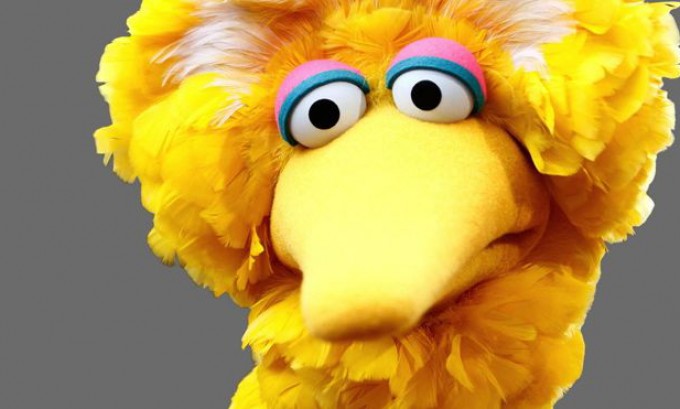 “The man behind Big Bird shared an emotional story about how he brought joy to a dying fan in the final moments of his young life.

Caroll Spinney, who most of the world knows by his “Sesame Street” alter ego, hosted an ‘ask me anything’ interview on Reddit[3] this afternoon while promoting a documentary about his life and the first questioner prompted a truly heartbreaking revelation.

When asked about his most meaning interaction with a child, Spinney told what he called a “very sad story, but it’s real.”

Spinney said he received a letter asking him to call a 5-year-old boy named Joey who was “so ill, the little boy knew he was dying.”

“He said the only thing that cheered him at all in his fading state was to see Big Bird on television,” Spinney wrote of the man who had written to him.

Spinney said it “took a while to look up a phone, because this was before cell phones” — but when he called and spoke to him as Big Bird, their conversation lasted for about ten minutes.

“He said, ‘Thank you for calling me Big Bird. You’re my friend. You make me happy,'” Spinney wrote.

The boy’s condition had deteriorated at that point to the degree that the doctors had called his parents in “because they weren’t sure how long he’d last,” Spinney wrote, and the puppeteer received a thank you note from the boy’s father shortly after.

The father reportedly told Spinney that “he hadn’t seen him smile since October, and this was in March – and when the phone was hung up, he said ‘Big Bird called me! He’s my friend,'” he wrote.

“We haven’t seen our little boy smile in MONTHS. He smiled, as he passed away. It was a gift to us. Thank you,” the father reportedly wrote.

Spinney went on to tell other stories from his nearly half century spent performing as Big Bird and Oscar the Grouch, reflecting on the impact that the characters have in kids’ lives.

“We’re not trying to fool them, we’re just trying to entertain them, and let them know that their friend Big Bird is not just a man in a giant suit,” he wrote in the Reddit AMA.”

Heartbreaking!  This man is a saint for helping to make a young boy’s last few moments easy and comfortable.  So sad, but yet so inspirational.