HOLY! “Bikers 4 Trump” Show Up By The THOUSANDS To RNC – Then THIS Happens… [MEME] [VIDEO] 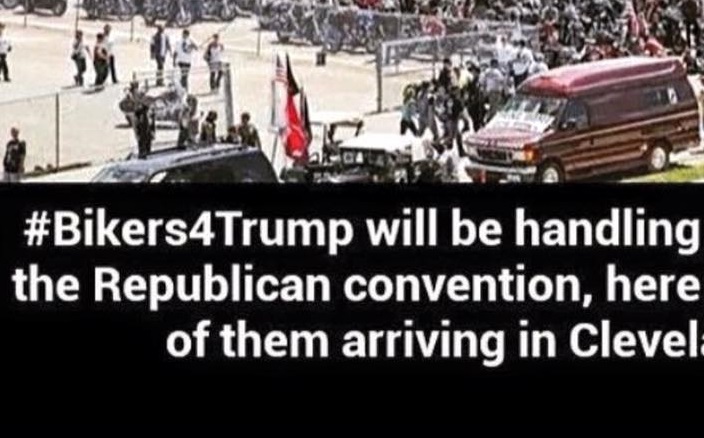 This is incredible! Whether you love or hate Trump, it’s still fascinating to see that there is support like this that can congregate on such a massive level. It’s refreshing really. These are Americans congregating. Not a movement or religion of hate filled, agenda pushing, cop killing, bomb detonating animals. They are there to form a chain of protection. Not brawl, or piss talk, or even chant. Just protect. 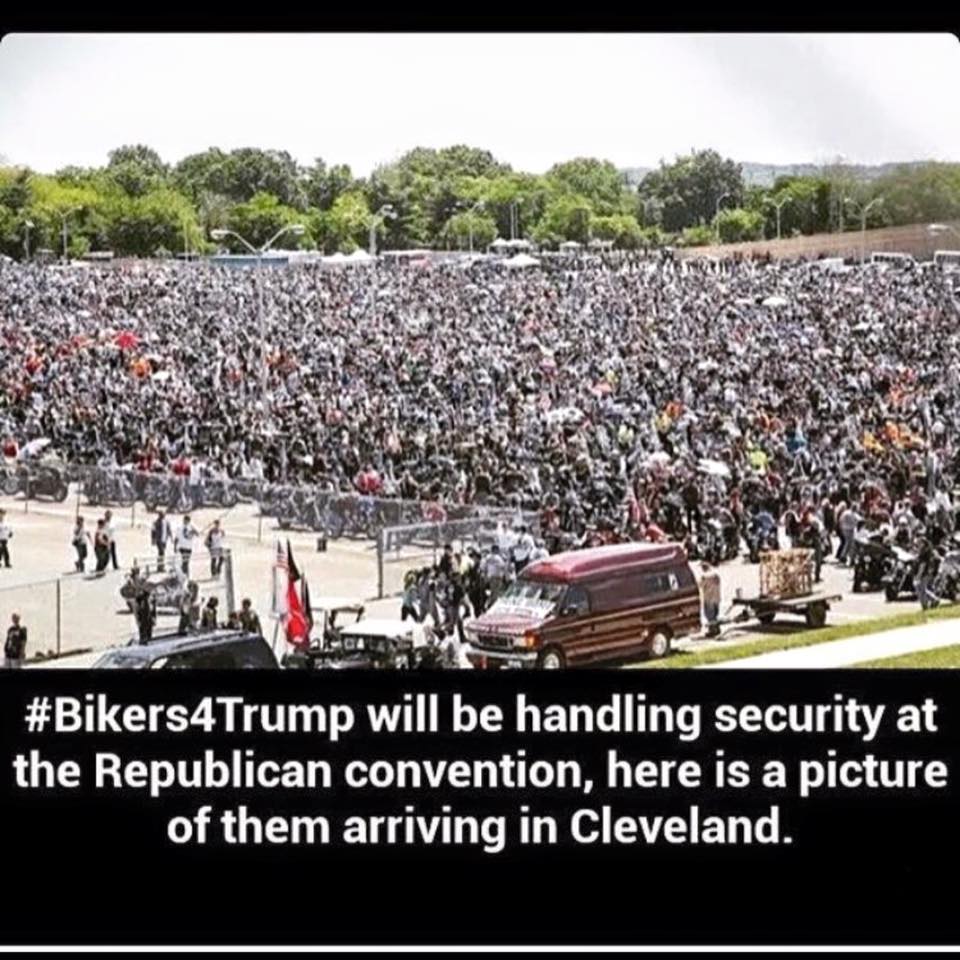 Black Panthers threatened violence at convention, but someone arrived to stop it! [VIDEO]

10,000 patriots including vets and bikers will descend on Cleveland, Ohio this week for the GOP convention where Donald Trump is the presumptive nominee. They have vowed to stop any violence on their watch there. The New Black Panthers are legally arming up and will be in attendance as well. According to Breitbart, Bikers for Trump aren’t going to Cleveland looking to cause trouble but will be on hand to counter thousands of professional leftwing agitators planning to disrupt the Republican nominating convention. These guys are going to protect those who want to peacefully attend the convention from being attacked by thugs. That’s always a good thing. 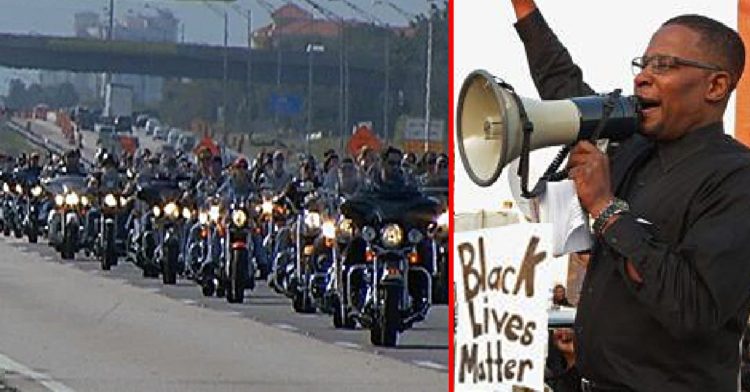 Malik Shabazz, leader of the New Black Panther Party, told FOX News on Saturday – There will be violence in Cleveland. Shabazz told Mike Tobin there is no way Cleveland will get through this convention without some kind of violence…

Well the Black Lives Matter and Panthers thugs are going to find a group of 10,000 patriots — mostly veterans — who will be stopping them in the streets of Cleveland…BIKERS FOR TRUMP. And the Hell’s Angels are also mobilizing thousands of bikers to defend Trump supporters and Republican delegates from violent thugs.

The New Black Panthers are bluntly stating there will be violence, but it may not turn out the way they have envisioned it. “We will be there to make sure that the delegates are allowed to exercise their right to peacefully assemble,” Bikers for Trump organizer Chris Cox told Breitbart News in an exclusive interview. “We’ve seen how these paid agitators have thrown eggs and gotten violent at other Trump events around the country and we’re not going to put up with it.” Cox emphasized that Bikers for Trump aren’t looking for trouble at the convention. “Veterans are the backbone of the biker community,” Cox continued. “We are patriots and unlike Black Lives Matter and the other leftist idiots, we love our cops. You won’t find one biker in Cleveland jumping on cars, lighting fires, or doing any of the other stupid things we’ve gotten used to seeing on TV the last few months.” Looks like Cleveland is getting ready to rumble with the Hell’s Angels in attendance vs. the New Black Panthers. Trump should be pleased with the ratings.