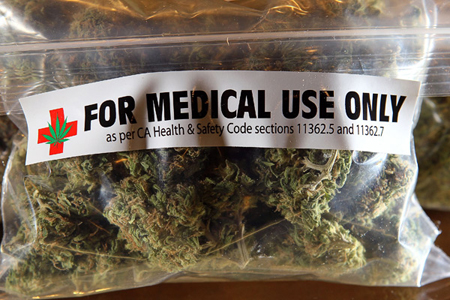 “This bill that we are introducing seeks to right decades of wrong,” Booker said Tuesday. “Doctors and patients deserve federal laws that are fair and compassionate, and states should be able to set their own medical marijuana policies without federal interference. I am thankful to Senators Gillibrand and Paul as well as the Drug Policy Alliance for their hard work on this common-sense bill to make medical marijuana accessible to the millions of Americans who could benefit from it.”

The Senators were joined by patients and their family members who have been helped by medical marijuana.  By reclassifying the drug, it would not make it legal, but however could ease restrictions when it comes to research.  So stoners, don’t get too excited just yet.