The bitter sad character that David Frum, irrelevant conservative, former Bush speechwriter, looking for meaning in a world that ignores him 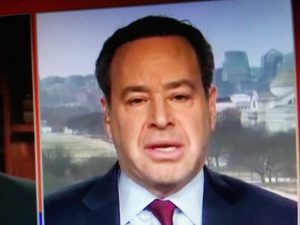 One thing about members of the corrupt media machine which loser David Frum is a part, is that they don’t attempt to report news to inform the public, They couldn’t care less about the folks. What they’re all about, what they live for is to impress other members of the media. Case in point is Frum’s latest article comparing President Trump to Freddo Corleone, the dim-witted brother in The Godfather.

Frum[2] writes in the Atlantic:

“I can handle things. I’m smart! Not like everybody says, like dumb. I’m smart and I want respect!”

This morning’s presidential Twitter outburst recalls those words of Fredo Corleone’s in one of the most famous scenes[3] from The Godfather series. Trump tweeted[4] that his “two greatest assets have been mental stability and being, like, really smart,” and in a subsequent tweet[5] called himself a “very stable genius.”

Trump may imagine that he’s Michael Corleone, the tough and canny rightful heir—or even Sonny Corleone, the terrifyingly violent but at least powerful heir apparent—but after today he is Fredo forever.

This is the same David Frum who tried to argue that errors in reporting by the mainstream media is precisely why the media can be trusted in reporting the news. Youtubber Jimmy Dore had a field day mocking Frum