Every year, high schools across the country honor the student with the highest GPA as class valedictorian. But one mother is crying foul, saying that her daughter was unfairly forced to share the honor — and according to her, it’s solely because her daughter is black[1]. 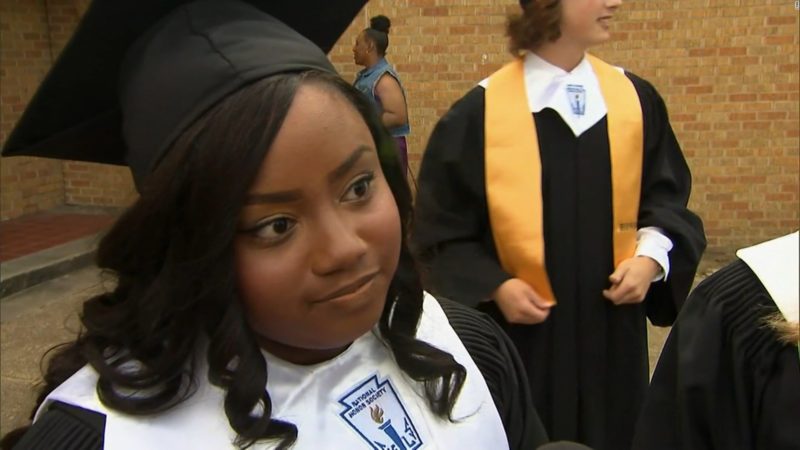 Sherry Shepard filed a federal discrimination lawsuit on behalf of her daughter, Jasmine Shepard, against the Cleveland School District. Her complaint is that Jasmine was named “co-valedictorian” with a white student in May of 2016. This wouldn’t necessarily be a problem, Shepard says, except the white student had a lower GPA.

The suit, filed in Mississippi at the end of June, claims that there was a racial motivation to the school’s decision. “Prior to 2016, all of Cleveland High School’s valedictorians were white. As a result of the school official’s unprecedented action of making an African-American student share the valedictorian award with a white student, the defendants discriminated against,” the suit reads.

In addition to having to share the valedictorian honors despite the other student’s lower GPA, the school also arranged for the white student to walk in front of Jasmine and speak before her. “A child, when they earn honors, they are entitled to receive them,” Shepard said. “There is no inclusion in the Cleveland school district. When the district wants something, they just take it.”

“These children have been attending school with each other since middle school,” she continued. “We know the schedule, we know what they take, and we have a good idea where the discrepancy lies.” The other student in question, only identified as H.B., is not who Shepard blames for the issue, saying that she is “the kindest-hearted, sweetest person.”

For their part, the school district denies Shepard’s claims and calls the lawsuit “frivolous.” Jamie Jacks, an attorney for the school district, says the two girls had identical GPAs. “As such, under school board policy, they were both named valedictorian of their graduating class,” Jacks said. “The district’s policy is racially neutral and fair to students.”

Do you think Shepard has a case?