Black Nebraska Senator Says If He Were White, He’d Get A Semi-Automatic Weapon And ‘Mow Everybody Down’

The Left feeds off of identity politics. It is their entire identity as a movement.

And this black Nebraska State Senator[1] obviously buys into that ideology of viewing everything through a racial and gendered lens. 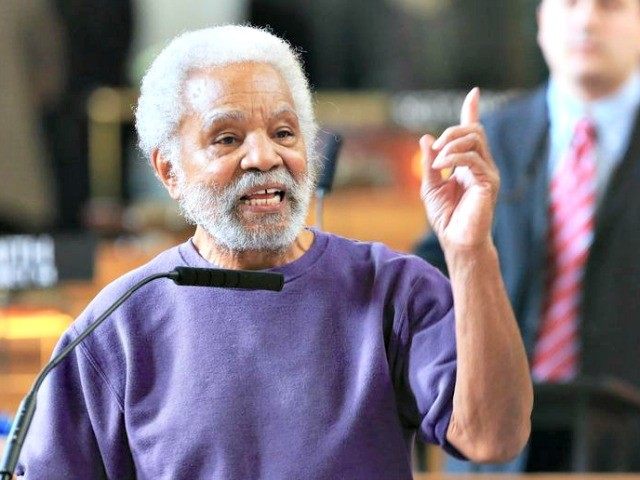 On March 23 Nebraska state senator Ernie Chambers (I-Dist. 11) said he would grab “a semiautomatic weapon” and “mow everybody down” if he were a white guy.

According to the Lincoln Journal Star, Chambers made the statement because he was “frustrated” with the political “debate on a measure to prohibit job discrimination based on sexual orientation or gender identity.”

He viewed much of the debate from an office outside the Senate chamber, then said, “If I was up here I’d probably pick these books up and start throwing them around. If I was a white guy, I’d go get my semiautomatic weapon and come down here and mow everybody down.”

Can you imagine if a white politician said something similar to this? He’d make national headlines and would have to resign soon after.

But, because the Left constantly plays the victim card, they’re allowed to get away with these kind of outrageous statements.