Milwaukee has seen some of the worst parts of humanity over the weekend. With a completely justified police shooting, many residents of the city reacted in a not too justifiable way.

Protesters changed their shirts to rioters in an instant. 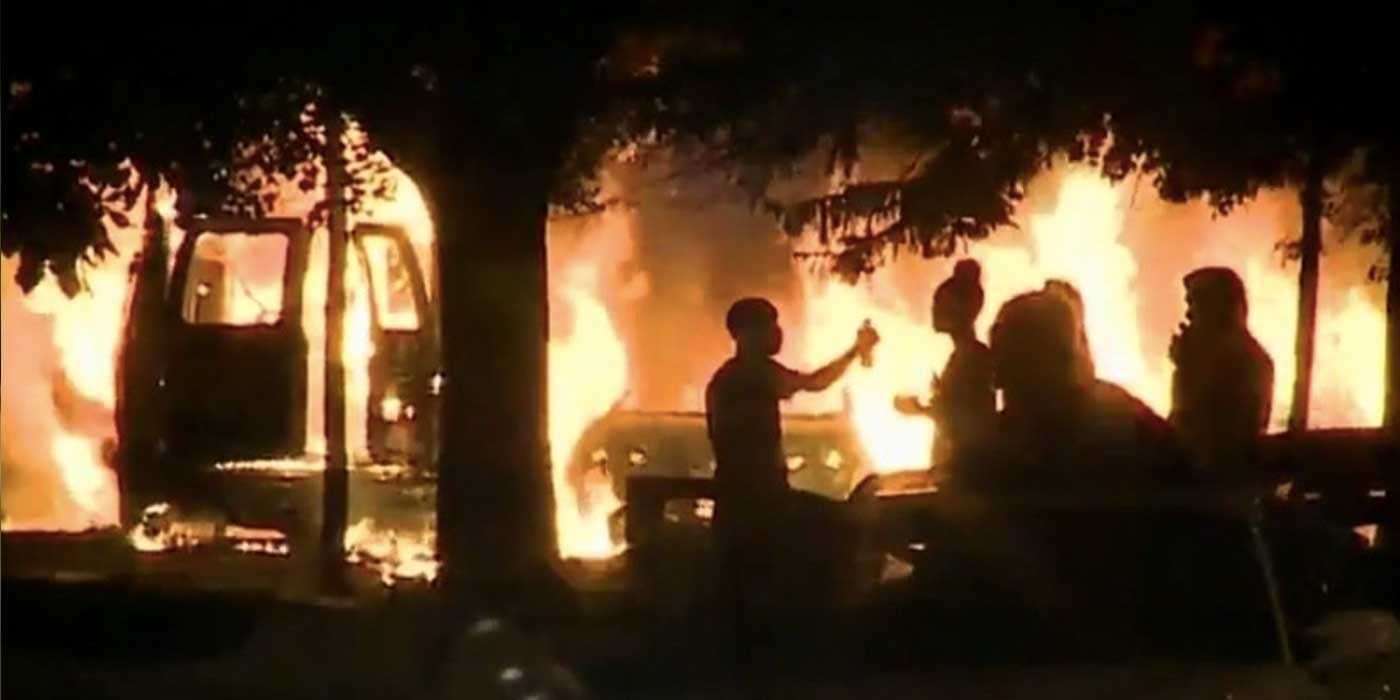 Body cam footage allegedly shows the 23 year-old black male exiting his car, with a gun in his hand. The officer acted accordingly and shot and killed the suspect. Like I’ve said before…it doesn’t matter if he had a gun or not. He could have had a bazooka, but that wouldn’t have stopped the mob of BLM and its affiliates from shouting ‘police murder’.

2. He was shot by a black police officer…

3. A riot formed, which attacked the police through the night…

Crowd breaks widows of unoccupied squad near Sherman and Auer. Other squad set afire and broken windows on another. pic.twitter.com/Jux2mJZYyQ[2]

After the shooting, BLM and affiliates begin a riot (which the media continues to call ‘protesters’), which consistently attacked the police throughout the night by using what the media dubbed ‘Palestinian style attacks’ by throwing rocks at officers. One officer was hit in the head when a brick crashed through his cruiser window, causing massive blood loss.

It makes me wonder how a Governor Reagan would handle these ‘protesters’ who attack the police.

4. The rioters burned down at least four buildings…

Yep. Rioters set fire to a gas station and shot off a couple of rounds from a gun into a crowded area.

Who wants to bet the firearms used were NOT legally acquired. Just saying.

6. Rioters shouted for attacks on ‘white people’ as well as journalists…

One local journalist was pushed down on the ground and punched. Many journalists covering the violence and destruction were targeted by the mob, whether they were sympathetic to the ’cause’ or not. Anarchy has no rules when it comes down to it and these thugs are all an example of that.

7. BLM and other black nationalist groups perpetrated the violence..

BlackLivesMattter have yet again organized not a protest, but a riot, claiming that the police have perpetrated it.

Uh, no. You localized terrorists are so blinded by emotion and stupidity that you won’t even secure the FACTS before you started shouting mentally retarded accusations. You do NOT operate off of sound principle or standards. There is no reasoning with your leadership, because they know they are in the wrong and don’t care. They, much like the Marxist Democrats, have a hold of you and twist you any which way they please, so long as it serves their agenda.