Bobby Jindal has more tact than I do[1]… 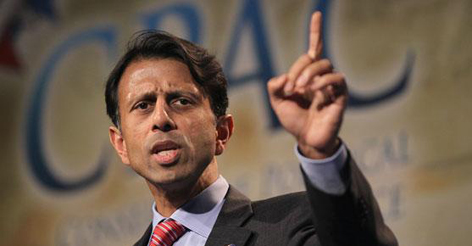 “You have the father of the Oregon shooter lecturing us about gun control. Here’s a guy that, by his own admission, doesn’t know how many guns his son had; doesn’t know where he got the guns; wasn’t in his son’s life. He was living with his mom — really couldn’t tell us a whole lot about his son. Who is he to be lecturing us?”

Watch more below. Bobby Jindal is slowly climbing the polls in Iowa, so it’ll be interesting where he is at the start of the new year.