Melania is the big story today and Dems are eating it up. Some are stating her speech copied portions from Michelle Obama’s back in 2008. However, since they want to play that game…here is a speech Michelle gave and BORROWED from “community organizer” Saul Alinsky. So…[1] 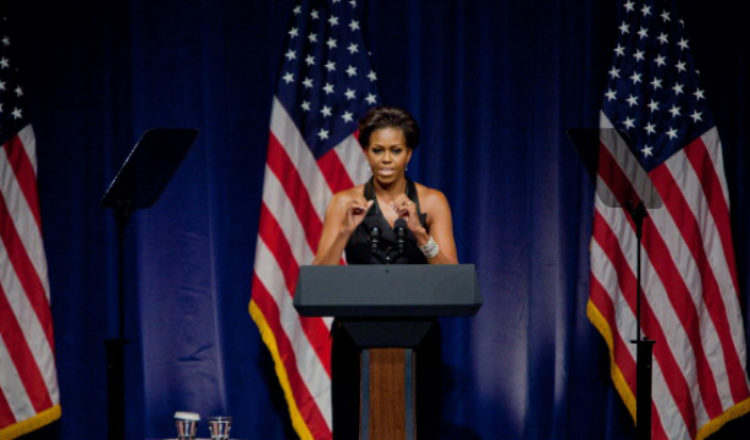 Trump’s wife joins Hillary Clinton, Barack Obama and Joe Biden as accused plagiarists. Even Michelle Obama was accused of plagiarizing part of her own 2008 DNC speech.

Barack Obama: “Don’t tell me words don’t matter.” As then-Sen. Barack Obama (D-IL) surpassed Hillary Clinton in the Democratic primary, largely on the strength of his oratory, Clinton said that Obama’s record was “just words.” Obama responded in a speech whose refrain was lifted from then-Massachusetts Gov. Deval Patrick. The Obama campaign did not even bother to refute the claim. Instead, it circulated examples of lines that it said Clinton herself had borrowed from Obama.
The left media defended Obama, saying that he had not committed plagiarism, but merely, at worst, “poor footnoting.”