OH OH someone is in trouble![1] That someone is John Kasich, one of GOP candidates running for President. When will people learn, to be a good leader…you shouldn’t be shady? 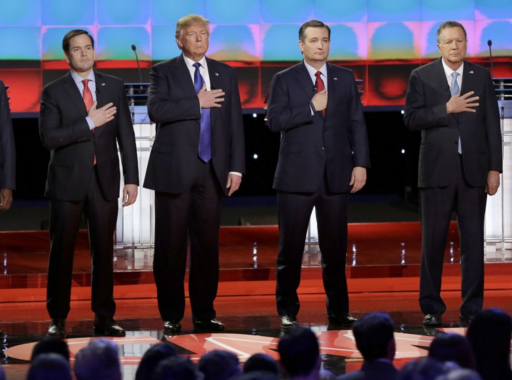 Donations made by Bessent on behalf of Soros Management to pro-Kasich PAC New Day for America (source FEC) pic.twitter.com/qmWopluFvF[3]

These donations were not made by Soros himself but most likely were made with his knowledge.

John Kasich has long been criticized by conservatives who feel that he is too moderate despite his extensive record of fiscal responsibility and job growth highlighted by a major economic turnaround in Ohio.

This accusation surely will not help his standing with hard line conservatives.

There are many reasons why Soros would make this donation and it is possible this is an effort to stop Donald Trump who is trailing to Kasich in the state of Ohio and who many Democrats fear could give Hillary a run for her money in the general.

It is also possible Soros supports some of Kasich’s positions, which wouldn’t be surprising considering many Democrats and moderates, especially blue collar working class Democrats, believe in many of Kasich’s platforms.

Silly Kasich…you must not take your run for President that seriously.