Ooooh! There has been an arrest warrant issued against Donald Trump’s campaign manager, Corey Lewandowski, citing that he allegedly grabbed a reporter by the arm in an inappropriate manner. Now, the growing concern is who it is that will be prosecuting him…not good.[1] 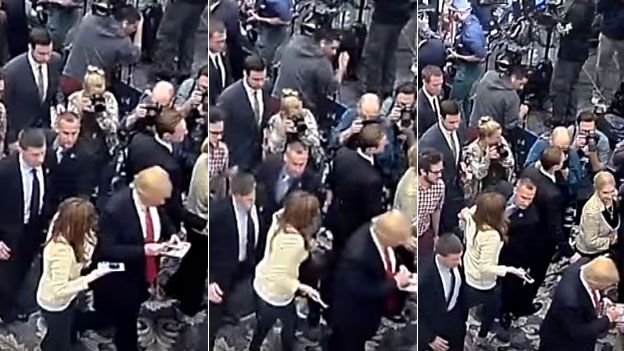 The paper explained that Palm Beach Count State Attorney Dave Aronberg happens to be a long-time Democrat and former state senator who now works as a campaign operative in Clinton’s “Florida Leadership Council.”

Fields alleged that Trump’s campaign manager grabbed her arm in such a rough manner that it left a bruise and almost made her fall:

I guess these just magically appeared on me @CLewandowski_[5] @realDonaldTrump[6]. So weird. pic.twitter.com/oD8c4D7tw3[7]

Perhaps he did, but according to an anonymous Secret Service agent who spoke with the U.K. Daily Mail, Fields made physical contact with the GOP front-runner twice that day and was repeatedly warned to stop before Lewandowski intervened.

I don’t know what to say really… ouch?