Bonuses given to Employees at Social Security Administration despite cited for Caught Sleeping, Drinking on the Job, weapons possession and sexual harassment 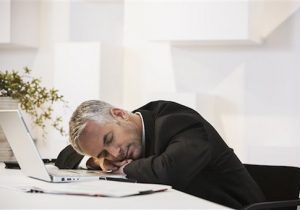 The idea of accountability is nonexistent in the Federal government starting from the president of the United States on down to the janitor at your local social security office.

WashingtonFree Beacon[2] reports the Social Security Administration gave bonuses to employees who were caught sleeping and drinking on the job, according to a new audit by the agency’s inspector general.

The agency paid out $145,000 in bonuses in 2013 to employees who were written up or suspended for misconduct. Some employees received performance awards after they were suspended for sexual harassment and bringing weapons to work.

Fifty-one employees received bonuses after they were suspended for misconduct that included “possession of a weapon onsite, sexual harassment, sleeping while on duty, consumption of alcohol on Federal property, and certifying false evidence resulting in the issuance of a Social Security number.”

One employee was rewarded with a $325 “Recognition of Contribution” bonus after he was suspended for 45 days for “being rude and discourteous to the public and management, possession of a weapon, and lack of candor.”