BOOM: Bill Maher Says What We’re All Thinking About Muslims

Bill Maher can be wrong sometimes…or almost every time, accept when it comes to Islamic extremism and political correctness[1]– the man is on point. 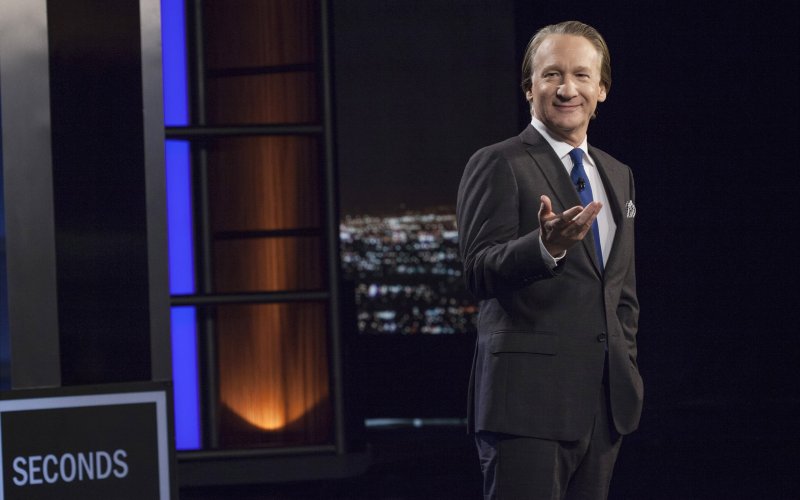 So it’s no surprise that, Bill Maher thinks Donald Trump is going to beat Democrats in the fall, for having the same view on these two topics..

Forty countries in the world have some version of Sharia law. I just don’t understand how liberals who fought the battle for civil rights in the ’60s, fought against apartheid in the ’80s, can then just simply ignore Sharia law in 40 countries. Apartheid was only in one. I am not anti-Muslim and never have been: I am anti-bad ideas. Killing cartoonists and apostates, these are terrible ideas and practices, and it would be lovely to think that they were confined only to terrorists. They unfortunately are not.

Not to be an “I told ya so,” but when the Syrian refugee crisis happened, I said, “Certainly our hearts go out to these refugees, but the answer can’t be to empty Syria and every other country in the Middle East where people live under repressive conditions and bring them all to Europe.” Now Sweden is sending 80,000 refugees back and German Chancellor Angela Merkel is saying, “Hey, when we said you could come here, we didn’t mean permanently.”

Rather than letting them settle in Germany, these millions of young Muslim men, how about let’s train them to go back and fight for their own country? That’s another one of my issues — the soft bigotry of low expectations. How come Saudi Arabia didn’t take in any Syrian refugees? I would think they’d fit in there a little more than in Cologne. Why don’t they fight their own battles? Why are Muslim armies so useless against ISIS? ISIS isn’t 10 feet tall. There are 20,000 or 30,000 of them. The countries surrounding ISIS have armies totaling 5 million people. So why do we have to be the ones leading the fight? Or be in the fight at all?

So no, Donald Trump is not right — but he will win the election if the American people have to choose between his demagoguery and a party that won’t even say the words “Islamic terrorism.” I think the Democrats could lose on that issue alone, especially if there’s another attack.

Did you hear that? That was logic- and it was good logic. This next election can’t come soon enough…