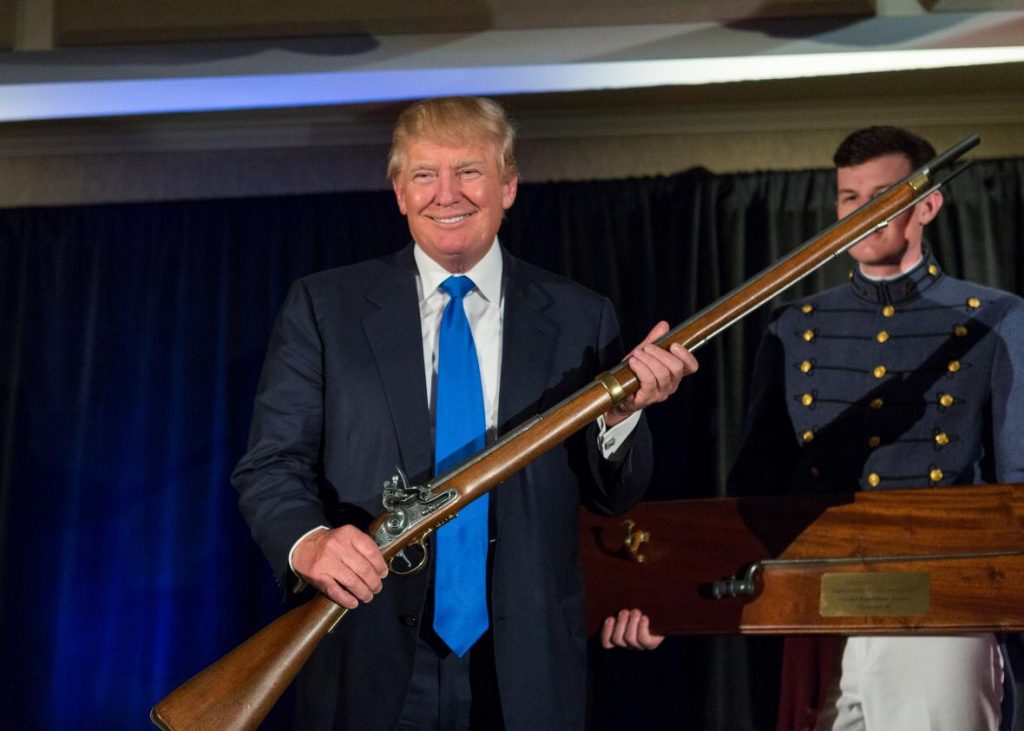 [1]Donald Trump launched a pro-Second Amendment ad on Facebook this week. If you had any doubts whether he was weak on protecting our right to keep and bear arms, this video will reassure you.[2]

Breitbart also reminded readers of a previous interview with Trump last April where he was equally as strong on the issue,

It is so important that we maintain the Second Amendment and that we maintain it strongly. And one of the main reasons is because the good people, the upstanding people, follow laws and norms but the bad ones don’t. So if the Second Amendment weren’t there to protect our rights and someone tampered with them, the good people would be affected but the bad people wouldn’t care–they couldn’t care less.

Next to the ad, he writes, “I won’t let them take away our guns!” This is Trump at his finest.