BOOM: Pissed Off Mom Obliterates Hillary… TO HER FACE!

WHOA! It was a Democratic town hall, and this Mom seemed to sense the possible dangers of voting for a left-leaning [1]candidate, and what she did next right to Hillary’s face…goosebumps! 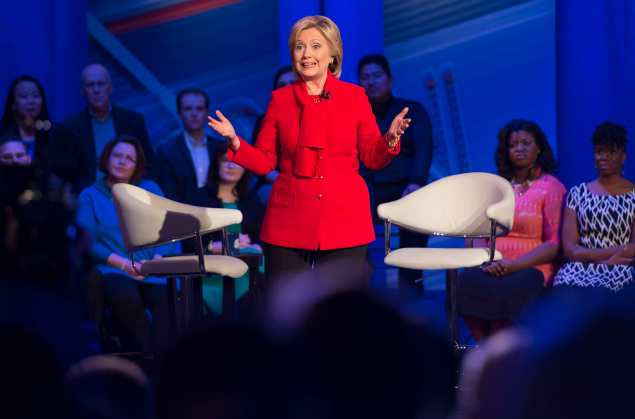 During the CNN televised town hall Teresa O’Donnell of Powell, Ohio, stood to ask a question of the former Secretary of State, first explaining how Obamacare has seriously hurt her and her family due to the exorbitant costs it has inflicted upon them.

“I would like to vote Democratic,” O’Donnell said, “but it has cost me a lot of money.”

She went on saying, “And I’m just wondering if Democrats really realize how difficult it has been on working-class Americans to finance Obamacare.”

O’Donnell told the audience that since the President’s signature Affordable Care Act went into effect the monthly premium for her family healthcare costs has “skyrocketed.” She says her costs have soared from $490 a month to $1,080.

The woman did note she hadn’t purchased her insurance through an Obamacare exchange so, in an effort to rescue Obamacare from the bad publicity, Hillary said the woman should check out the exchange avenue for her insurance.

This Ohio woman isn’t alone in her distaste over Obamacare. As Independent Journal noted, a recent Rasmussen poll found that 54 percent of respondents do not like Obamacare.

Hillary, though, has made Obamacare a major plank in her campaign noting she was for “Obamacare” before it even existed since she tried to get universal healthcare put in place when she was First Lady during her husband Bill’s presidency in the mid 1990s.

“What we have to do, I think, is defend the Affordable Care Act and fix it,” Hillary said in a recent campaign video. Late last year Clinton said, “I’m not going to let them tear up that law, kick 16 million off their health coverage and force the country to start the healthcare debate all over again.”

Hillary just stringed a whole bunch of words together that meant nothing at all…to look fancy. Hoping that no one would be able to follow her word trail…and just think she’s smarter than them. CLASSIC weasel move.