North Korea has been making headlines lately for their apparent desire to escalate tensions with the West. The oppressive communist regime has made threats about their supposed need to perhaps deliver “preventive” nuclear attacks on the West and while the Obama Administration continues to telegraph their weakness on a global stage, Putin’s regime has not equivocated in responding to the lunatics in Pyongyang.[1] 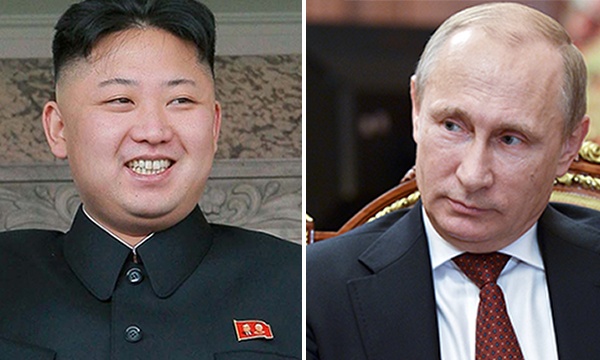 Both China and Russia, traditionally supportive of North Korea, stepped away from their usual role of protecting against United Nations sanctions[3], and now Russia’s Foreign Ministry has warned the North Koreans they could face military action if they do not back down from threats of launching “preventive nuclear strikes” against South Korea and U.S. forces.

According to the UK [4]Guardian[5], Russia did not threaten to get rough with the North Koreans themselves, but they warned nuclear threats from Pyongyang could establish a legal basis for other powers to disarm North Korea by force.

“We consider it to be absolutely impermissible to make public statements containing threats to deliver some ‘preventive nuclear strikes’ against opponents,” said the Russian Foreign Ministry.

Pyongyang should be aware of the fact that in this way the DPRK will become fully opposed to the international community and will create international legal grounds for using military force against itself in accordance with the right of a state to self-defense enshrined in the United Nations Charter.

However, Russia was also critical of the United States and South Korea for the annual joint military exercise, which began on Monday, complaining that these exercises – more explicitly geared than usual toward practicing raids on North Korean nuclear facilities and regime-changing decapitation strikes, given the North’s provocative behavior of late – put Pyongyang under “unprecedented military and political pressure.”

Russia’s statement added that North Korea “cannot but feel reasonably concerned for its security” in light of these military drills, which Pyongyang denounces every year as either a rehearsal or prelude to invasion of its territory.

Analysts quoted by the Guardian felt the Russian statement was pitched primarily as a warning to North Korea, with a bit of backhanded criticism for the U.S. and South Korea, added to make the bitter pill easier to swallow.

Unfortunately, that message does not seem to have been received by the dictator becauseReuters[6] reports that on Wednesday, Kim announced that North Korea now has miniaturized nuclear warheads it can mount upon intercontinental ballistic missiles.

Kim delightedly pronounced this development a “true nuclear deterrent,” repeated claims that North Korea’s recent sanctions-triggering nuclear test was a hydrogen bomb, and “stressed the importance of building ever more powerful, precision, and miniaturized nuclear weapons and their delivery means,” according to the Reuters report.

North Korea is a country with a bizarre government which can be difficult to read. Constantly posing as wannabe aggressors while undoubtedly realizing the futility of fullscale war with the West, North Korean leadership is mercurial at best and crazy at worst.

Hopefully, the words of warning from Russian officials serve as a deterrent to further escalation of this tense situation.