Border Agent Reveals the TRUTH About Border Security Under Obama

The President[1] likes to tout that border security has increased under his administration, but anyone with a modicum of common sense knows that not only is that a lie, but just the opposite is true. 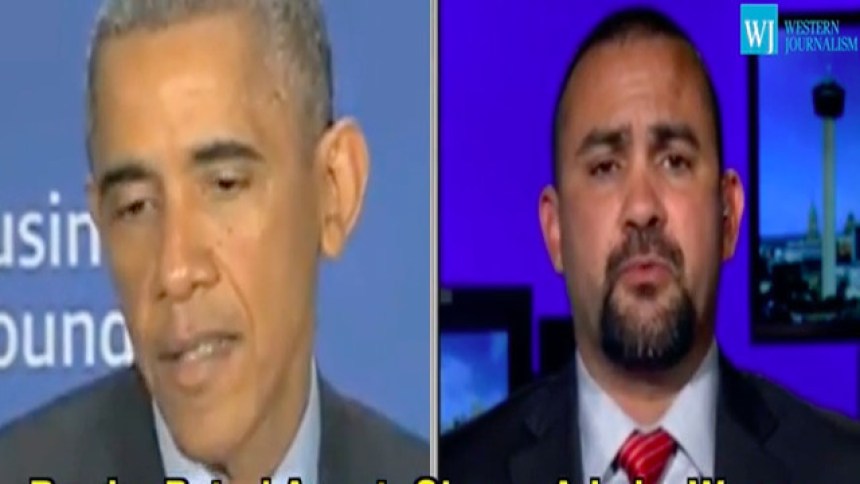 In interview after interview, the president and his progressive buddies continue to state that the southern border is secure, which given the obvious data and facts, is a questionable claim to say the least.

OBAMA: Today we have more agents and technology deployed to secure our southern border than at any time in our history. And over the past six years, illegal border crossings have been cut by more than half.

STUART VARNEY: Are you saying the border – as it now stands – is just not secure?

CABRERA: Not at all.

VARNEY: Has it become any more secure in the last few years?

CABRERA: Well, you’re constantly hearing from the administration that it’s secure, so the resources aren’t being sent where it needs to be. We’re having the catch and release program, where people are let into the country pending a court date, and you never see them again, coupled with the fact that it’s extremely porous. Large stretches of our border being left unsecured, unmanned, and it’s just a recipe for disaster.

Is anyone really surprised?