A former boxer who sheared off the penis of his wife’s lover with a pair of garden cutters[1] before flushing it down the toilet has been jailed.

But don’t worry. He apologized for doing it…because that makes it better, you see? 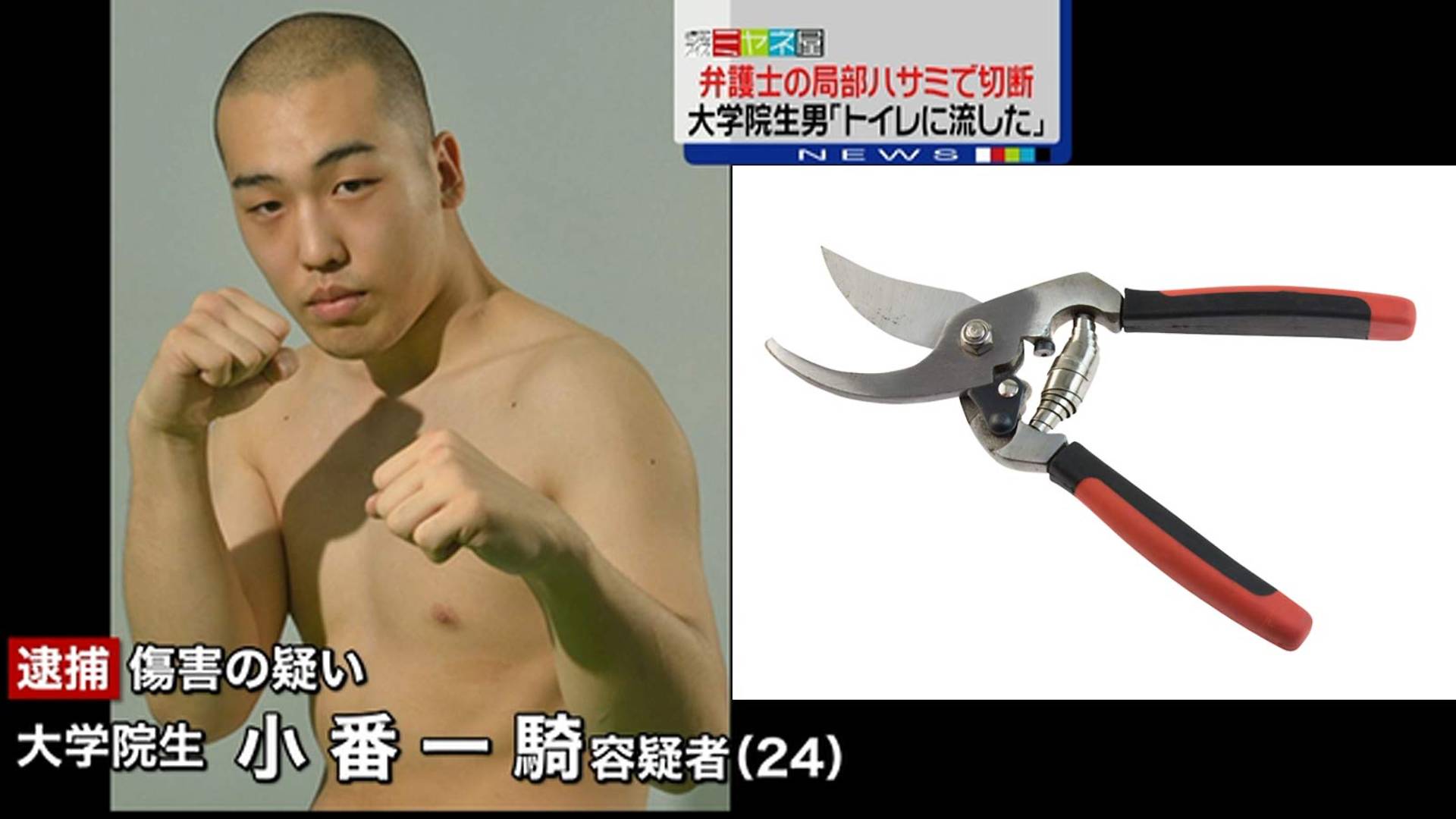 Ikki Kotsugai, 25, carried out the ‘vicious’ attack in August 2015 when he burst into the office of a lawyer who had an affair with his wife.

Kotsugai, who was studying law at Keio University Law School in Minato, Tokyo, became enraged after mistakenly believing his wife had been forced to sleep with her boss at a legal firm, when in reality the affair was consensual, the judge said at Tokyo District Court.

Kotsugai’s wife had falsely told him that she was forced to have sex with the lawyer, according to the Tokyo Reporter.

He was sentenced to four years and six months on Tuesday by presiding judge Kazunori Karei.

‘An irreparable injury has been sustained,’ Karei told the court, according to Jiji, calling the crime ‘extremely dangerous and vicious’.

Kotsugai has since apologised to the victim, who also apologised for having the affair with his wife, the Sankei reported.

A crime of passion, maybe? The guy did cheat with his wife. Either way, there’s no coming back with that one. Although they have bionic penises now…if that remedies the situation… Okay, sorry, I got nothing.