The Boy Scouts are allowed by Federal Title IX law to exclude girls[1] from their ranks. BUT..just how long will that last? It seems that changing fundamentals is the new IN thing to do since Obama became President. 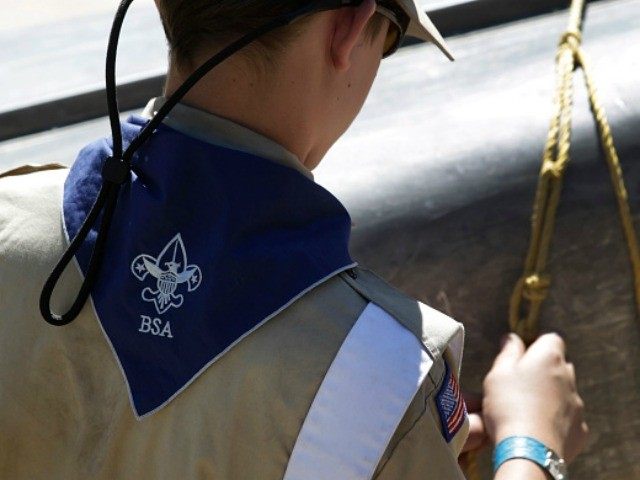 A group of five girls in northern California are pressuring local leaders to let them join.

The girls tried the Girls Scouts but said it was boring, something that rankled local Girl Scout leaders who insist their members do lots of outdoors work. The girls say gay marriage, boys being allowed to pee in the girl’s bathroom, and gays in the Boy Scouts all point to changing attitudes and policies leaning their way.

The girls organized themselves into a group they call The Unicorns and their uniform bears a striking resemblance to the Boy Scouts’ uniform. In recent months they’ve been allowed to participate in Boy Scout camporees and claim to have come in second in a recent competition.

“We can do the same things boys can do..there’s no really ‘girl things’ or ‘boy things’,” one of the revolutionaries said.

Some parents complained that the girls were given too big a role in competing with the boys and the girls were banned from future competition. Even so, at a Boy Scout meeting a few weeks ago, the girls formally applied for membership. They were told their applications would be forwarded to the national office.

Ring-leader Allie Westover, 13, said, “I’d like to see them standing up like they did for the gay scouts and gay leaders.”

Opening the doors to gay Scouts and gay leaders has brought mixed results for the Boy Scouts. They have gotten a better press than they’ve had in recent years but membership and donations and declining. The Boy Scouts experienced a 7.4 percent drop from 2013 to 2014 from 2.6 million to 2.4 million. The previous year’s decline was 6 percent.

Donations to Scouting has dropped so far so fast that the Salt Lake City Council is having to layoff a portion of their 70-person workforce. The Mormons sponsor 38,000 local Scout units with 427,000 members which totals 18% of total Scout membership. Allowing girls to join might further harm both membership and donations.

All those girls have are excuses… NO! It’s called the BOY Scouts of America. Come on!