This Boy Was SICK Of His Zombie-Obsessed Father And Autistic Brother – Then One Day….SNAPPED!

Sometimes it seems that society is surely turning into something almost unrecognizable. A disturbed teenager has been sentenced for premeditating the murder of his father and his autistic brother. His father was reportedly addicted to painkillers and warned of a zombie apocalypse and evidently having enough of his nonsense, the young man shot and killed him as well as his younger brother. Now, he’ll be paying the price for it.[1] 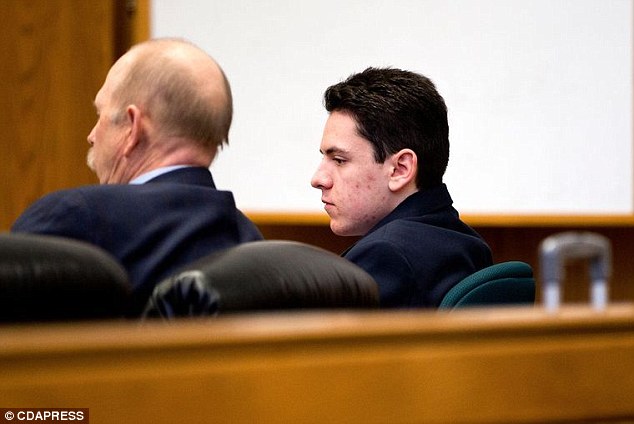 A 16-year-old boy was sentenced to 20 years in an adult prison after he murdered his zombie-obsessed father and younger autistic brother two years ago in Idaho.

Eldon Gale Samuel III was sentenced Friday by a judge after a jury found him guilty of first-degree and second-degree murder charges in January.

The teen, who was 14 years old at the time of the murders, shot his father, Eldon Samuel Jr., four times with a pistol before using a shotgun to shoot his younger brother, Jonathan Samuel, once. He then attacked him with a knife and machete on March 24, 2014, in the family’s Coeur d’Alene home.

Police say at the time, the scared 13-year-old autistic boy was hiding underneath his bed when he was horrifically attacked by his brother.

During his sentencing hearing Friday afternoon, he acknowledged killing his little brother to Judge Benjamin Simpson.

‘I’m not the same person I was two years ago,’ he told Simpson in court according to KXLY-TV. ‘I feel like a whole new person, but that doesn’t excuse what I did.

‘I lost my dad and my brother, Johnny, my own little brother.’

During his trial, his mother, who left the family, said that the boy’s father planned to take them into the mountains to train against a zombie apocalypse.

The teen told authorities that his 46-year-old father developed an addiction to painkillers because of his younger brother’s autism.

‘Eldon, when asked why he did what he did, said ‘If [his brother] wasn’t there … we’d be a happy family,’ Magistrate Judge Barry Watson told reporters two years ago.

Previously, Eldon told investigators that he thought it was cool how the character in the violent video game Grand Theft Auto relieves his stress by shooting people.

Eldon described ‘hating Jonathan for about five years,’ the Spokesman-Review reported. He told authorities that he loved his father, but that he acted crazy when he was under the influence of drugs.

‘He just beat me. I loved him, but the next time he came after me …,’ Samuel told police officers in a report quoted by Watson. ‘That’s self-defense, right?’

Eldon said that his father had been taking unspecified medication and talking about zombies the night of the murder, and that he he went outside and fired a .45 caliber pistol into the air.

When the boys’ father went back in the house, he got into an argument with Eldon and the boy said that his dad shoved him twice in the chest, which prompted him to shoot him.

Society is sick and getting sicker. Even if we accept his narrative that this was an abusive home, the solution simply cannot be murder and it most certainly should not include the murder of his innocent sibling.

Unfortunately, this young man took two lives and is escaping the needle. Two family members are in the ground and this deranged man will emerge to enjoy his mid-thirties.