Even in this day and age, the code of chivalry is not dead and many men still show signs of respect by asking a father’s permission to marry his daughter. One such man, however, was hindered by the fact that his future father-in-law had passed away, but that didn’t stop him.[1] 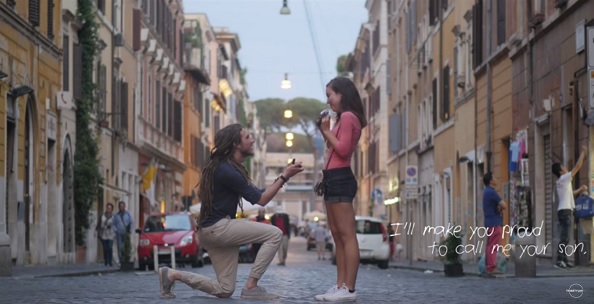 Tyler Shelton and Haylee Rose have been together for seven years.

On April 25, 2014, Haylee’s father, Gregg, passed away and Tyler “never had a chance to ask for his blessing.”

Instead he got the blessing of each of Haylee’s siblings, and wrote a letter to Gregg expressing how much he wished he could be there to give Haylee away to him.

As a tribute to his fiancé’s father, Tyler made this video as a way of asking Gregg for his permission to marry his “baby girl.”

It’s great to see that some still revere the time-honored traditions of our civilization. More and more of them are being chipped-away and replaced with new, sanitized ideas of political correctness.