The Brady Campaign people have a new website out, CrimAdvisor, which ranks states according to the strictness of their gun control laws. The video they produced to promote the site, where the actors pose as criminals looking to find states where it’s easy to get a gun, is nothing short of stupid[1] on many levels. 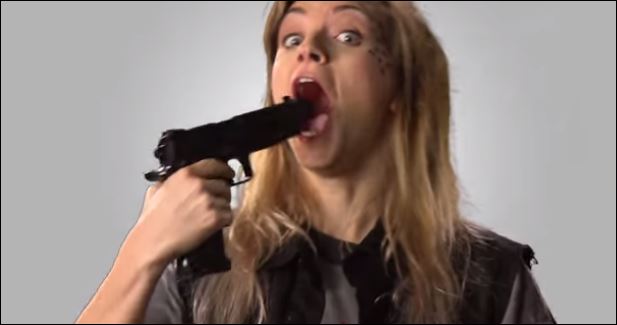 The site advises people where it’s easy to buy guns so its supporters can rally against the gun laws in those states. Because, nobody knows what your state needs better than someone who doesn’t live there.

The problem with the Brady Campaign logic is that the states it is targeting for more gun laws are the states where fewest people actually get murdered by guns.

Ten dangerous states according to Brady Campaign are: Alaska, Wyoming, Montana, Arkansas, Kentucky, Nevada, Maine, Mississippi, Idaho and New Mexico. Yup, those are the states where the gun crazies live all right.

One glaring omission to the Brady’s list of gun controlled areas is Washington D.C., which has a gun ownership rate of 3.8 percent and yet has the highest rate of gun murders with 16.5 per 100,000 residents. Compared to wild-wild-west Wyoming where 59.7 percent of the people own guns and they have a murder rate of 0.9 gun related murders per 100,000 people. D.C., has a similar population to Wyoming with both having about 600,000 residents. The Brady Campaign is headquartered in D.C.

Another glaring omission by the Brady Campaign is the State of Vermont which had only two gun related deaths despite a gun ownership rate over 40 percent. To make the numbers even more in favor of gun ownership Vermont concealed carry does not require a permit, license, training requirements or anything else for that matter to carry concealed. If you can legally own the gun, you may carry the gun concealed.

The notion that criminals are going to go where guns are easiest to get legally to acquire their guns just isn’t borne out by the facts. But hey, what do you expect from an organization run by emotion instead of logic?