BRAVE woman STANDS UP: ‘My dad raped me as a teen because he couldn’t afford a prostitute’

Disgusting display of humanity from this father revealed he raped his daughter [1]because he says he would have rather paid a prostitute but he did not have the money to do so. WHAT? 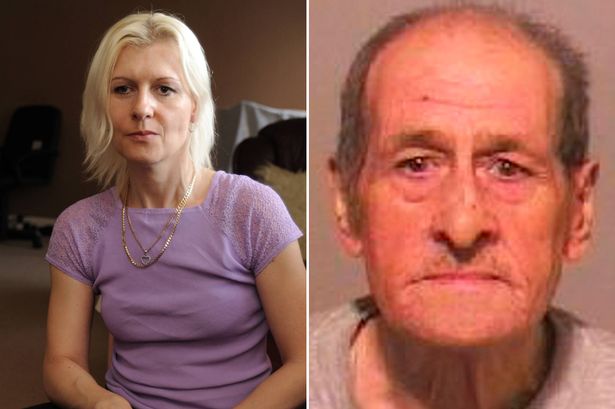 A woman whose father raped her because he ‘couldn’t afford a prostitute’ has finally spoken out about her ordeal to encourage other victims to prosecute their abusers. Sylvia Prescott, from Sunderland, was tormented by her parent Oliver Garside while she was a teenager but kept the abuse secret for nearly 30 years.

The 47-year-old couldn’t bring herself to go to the police while her grandmother was still alive for fear that the details of the case would upset her. But when she died in 2012, Sylvia knew it was time to stand up to her bullying father, 68.

She hopes her story will help other women to find the strength to prosecute their abusers, even if they are family members. Sylvia said: ‘I was terrified that I wouldn’t be believed. The abuse happened such a long time ago and it took all the strength I had to go to the police, but in the end I’m so glad I did.

‘The prosecution were able to build a strong case against my dad and he pleaded guilty to the abuse meaning I didn’t have to go through the trauma of a trial. It was during the sentencing that the judge said my dad’s excuse for the abuse was that he couldn’t afford a prostitute. I was sicked. What kind of defence was that? However, I finally feel free to live my life without him hovering over me and I should have done it sooner’.

If you know anyone who may have suffered sexual abuse, encourage them to speak up to start the healing process. This poor woman suffered under this dark shadow for decades until she opened up. She mentioned that she is now ‘relieved and can breath again’.