Within a 70-minute span[1] this weekend in London, five men were attacked with acid by two men on a moped. I know you will be shocked that the attackers have last names that are Islamic, but I understand that to be the case here. I notice that the media is not bringing that up, so I am. The moped these two terrorist thugs were on was stolen. Two of the men they attacked, they stole a moped from. One of the men who had acid thrown in his face has had his life changed forever as it destroyed his features.

The police are saying all five attacks are linked and appear to be the same two attackers. One male 16 year-old has been arrested as being part of the criminal duo who pulled this off. They also committed a robbery while they were at it. Their first victim was a 32 year-old moped driver. He was approached by the pair, who tossed the acid into his face before stealing his ride. The victim is in the hospital – condition unknown at this time. But that was just the beginning and it started around 10:30 pm.

Two men on a moped carried out five acid attacks during a spree across London which lasted less than 90 minutes, police said.

The Metropolitan Police said one victim had been left with ‘life-changing’ injuries after being doused on Thursday night in the east of the capital.

The assaults appeared to be linked and two involved victims having their mopeds stolen, they added.

A male teenager was later said to have been arrested on suspicion of grievous bodily harm and robbery and has been taken to an east London police station.

At the start of the rampage, a 32-year-old moped driver had been approached by the pair as he drove towards the Hackney Road junction with Queensbridge Road.

The two male suspects had tossed the noxious substance into his face before one of them jumped on to his vehicle and drove away.

Twenty minutes later at 10:50 pm, the next incident occurred. The next victim was sprayed with acid and had to be taken to a nearby hospital. At 11:05 pm they threw acid into the face of another man. His injuries are not life-threatening according to police. But it looks like he may have lost an eye. Fifteen minutes later, they threw acid into the man’s face that destroyed his features and his life. The final attack came at 11:37 pm as they attacked another moped driver, throwing acid in his face and stealing his moped.

Police are asking anyone with information to come forward. This comes just days after another Muslim man appeared in court for throwing acid at an aspiring model and her cousin. Both were left with their facial features destroyed. He was charged with two counts of grievous bodily harm with intent. Another mass acid attack occurred last year as well. On Easter Monday, acid was sprayed at a crowded east London club night, leaving two people partially blinded and others disfigured. Arthur Collins, the former boyfriend of reality TV star Ferne McCann, was charged in connection with the attack. This is going to become more and more common as it is a common form of attack by Muslims and their gangs. Just horrific. 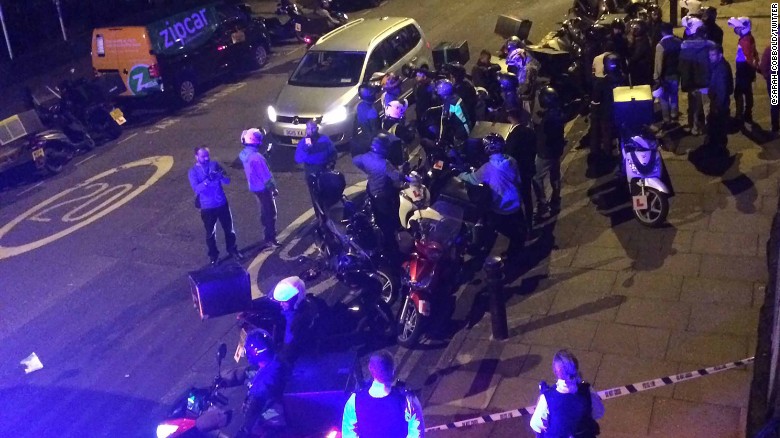 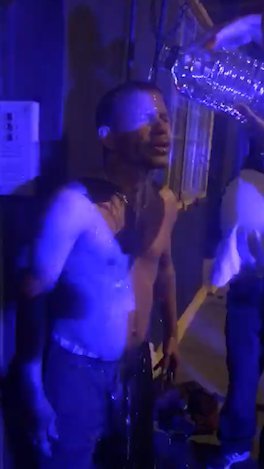 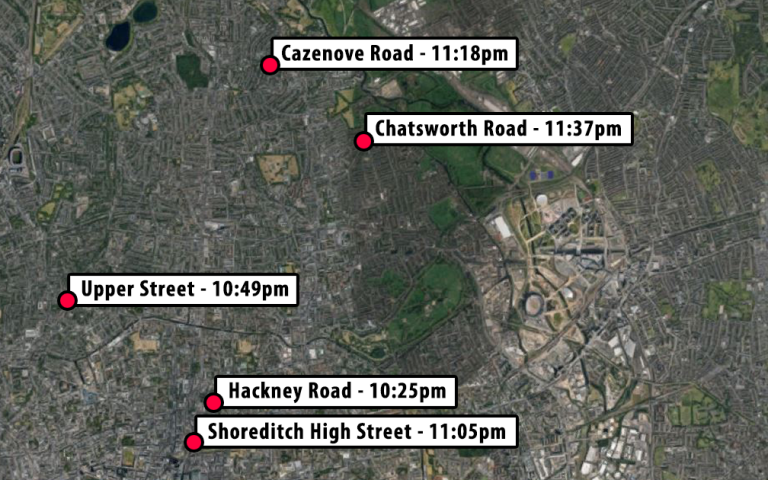