This is frightening beyond comparison, this man was discovered at Disneyland with weapons, ammunition, and a Koran… Was Disneyland, the most ‘happiest place on earth’[1] a target for terrorism? 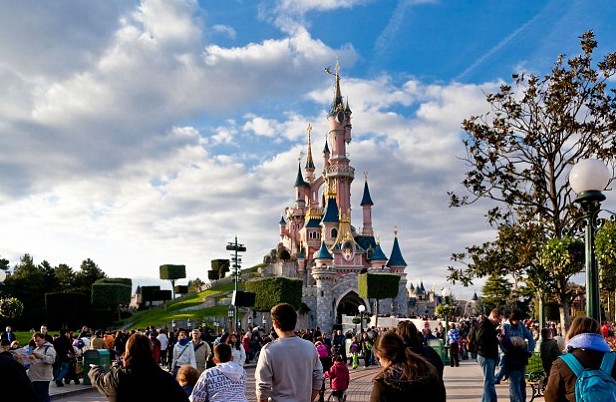 A man has been arrested at DisneyLand Paris carrying two handguns, ammunition, and a copy of the Koran, but police are hunting female companion.

Bomb disposal experts surrounded a car after the weapons were detected when the luggage was put through an X-ray machine at the entrance to a hotel, 20 miles east of the French capital.

The 28-year-old man, who was not known to security services, was stopped by Disney staff who found the weapons, which included an automatic handgun, hidden in his suitcase at about noon.

Police swooped on the four-star Hotel New York at Disney Village and the man, who had booked a room for two, offered no resistance as he was being taken into custody.

The police source said the arrested man was ‘detected upon his arrival at the Disneyland hotel where he had a reservation. Hotel security found two handguns, a Koran and ammunition on him.’

It was initially thought the man’s companion was later arrested in the Paris region, however she is still believed to be on the run.

The Interior Ministry said police were also searching for a woman who may have been with the man.

A police source said: ‘A woman was arrested soon after the incident, but she was released after it became clear she was not the suspect involved. We are still looking for the man’s companion.’

A second weapon – thought to be a knife – was also found in a rucksack, the source added.

The man had a room booked at the hotel in his own name, said the source.

He was known to traffic police for once being caught driving without a licence, but had never been of any interest to anti-terrorist officers.

Francois Banon, a spokesman for Disneyland Paris, said: ‘During a routine security screening checkpoint at one of our hotels, weapons were discovered in a guest’s luggage through our X-ray machine.

‘The police were immediately notified and the individual was arrested. We continue to work closely with the authorities, and the safety and security of our guests and cast members is our utmost priority.’

‘Police were called as soon as the guns were found,’ said a hotel source. ‘The man did not put up any resistance, but his companion disappeared. The police are still looking for her.’

The man did claim that he had the guns for his own protection because he was…wait for it…scared for his own safety. Then why carry the Koran with your weapons, and why the disappearing act from the lady companion…