BREAKING: Bad News About Hillary’s Emails… Things Are About to Get Messy

America is so technologically advanced that we can close our garage door from our phone while 10 miles away, but SOMEHOW[1] emails still go missing? 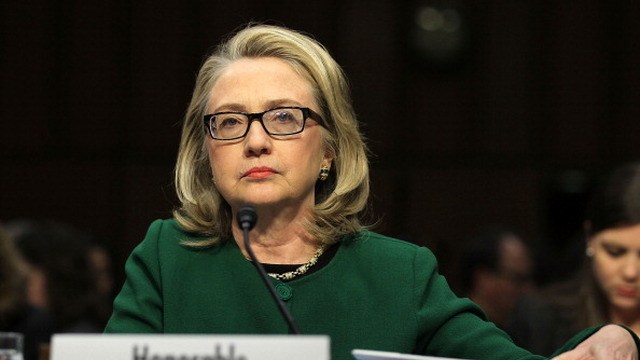 Days after a judge from Washington declared Democratic candidate Hillary Clinton might have to be deposed over her emails during her time as secretary of state, emails from the individual who ran the private server have conveniently gone missing.

WND had reported [5]only days ago that the investigation of Clinton’s email – and specifically how she handled classified information on her private and unsecured server – moved to a higher level.

In another new twist revealed just on Monday, the State Department denied it could find any of Pagliano’s emails, even though he would have been required to turn over any official communications from his work account before he left his government position.

The overall issue of the email – and their security – is important because Clinton would have agreed when she was appointed to the post to properly maintain security on information critical to the United States. If she mishandled or was careless with it, criminal charges could result.

In fact, her critics have been busy speculating in recent weeks what could happen to her, including one political pundit who noted her first act in office, should she win the 2016 election, could be to pardon herself

If you aren’t convinced of Hillary’s wrong doing in this situation after all of this, I’m not sure what else could be done to prove her guilty.

This is LITERALLY unbelievable. She can’t keep track of emails, but people want to make her President?