It looks as though Bernie Sanders has been caught being…dishonest. Surprise, surprise, yes? Bernie is being accused of funneling money through campaigns[1] he’s ran to his family. Now some people are calling him a fraud, because this goes against everything he has claimed to be ‘I’m the senator for the people, I represent the poor.’ 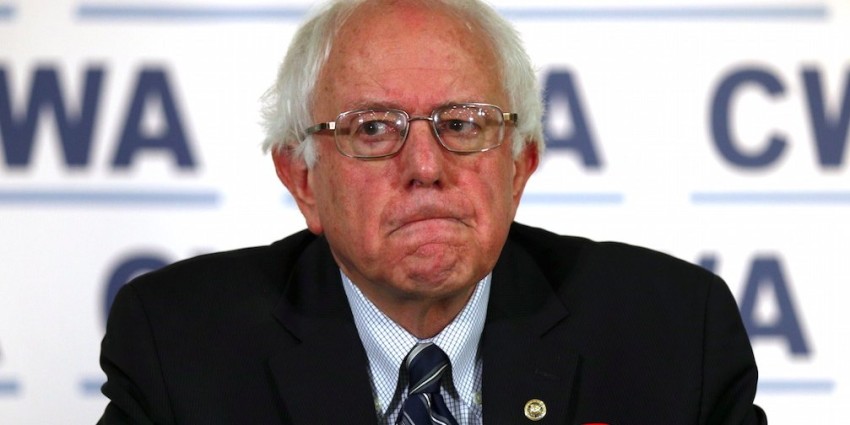 According to Jane O’Meara Sanders, the senator’s wife, Sanders’ House campaigns paid her more than $90,000 for consulting and ad placement services from 2002 to 2004. She pocketed about $30,000 of that money.

Her daughter Carina Driscoll, Sanders’ stepdaughter, also drew a salary from the campaign. She was paid more than $65,000 between 2000 and 2004, according to her mother. After working for the campaign, the senator’s wife would come under scrutiny for expenditures at Burlington College, where she was hired as president in 2004. While she led the school, it paid six-figure sums to her daughter and the son of a family friend. Burlington College offered its students a study abroad program in the Caribbean, according to tax filings. It reported spending about $47,000 on that program in the tax year beginning in mid-2008.

Around that time, the son of Jonathan Leopold, a Burlington College board member, purchased a small resort in the Bahamas called Andro’s Beach Club and an accompanying hotel, Nathan’s Lodge. Leopold served with Sanders in the Burlington city government—as mayor, Sanders appointed Leopold city treasurer—before becoming embroiled in scandal involving millions of dollars in payments to a Burlington telecommunications company.

So Bernie Sanders, a politician, is a disingenuous liar. That’s hardly new. But he’s built his entire reputation around the idea of “I’m the senator for the people, I represent the poor. Also, I hate capitalism and all its mean greed.” But off teleprompter, behind closed doors, he’s shelling out campaign money (donations from people who work in the private sector Sanders hates so much) to his family. Those greedy bastards.

His campaign coffers may not be as cavernous as the Clinton Family Foundation, but it operates similarly. Here, give us money so we can build a better world. By better world, what we mean is we’re going to pay ourselves fat stacks then tell you capitalism is for suckers.

The kind of characters that are allowed to run for President these days…is very disturbing. You have a murdering liar, and a clueless cheater…this is America. The Land of the Brave, NOT the Land of the those who lack integrity and honor. Sickening.