BREAKING: BOMBSHELL Released Ahead of Debate – This Changes Everything…

Lately, you’ve been seeing many Americans talking about the possibility of “Trump/Cruz For 2016” [1]…and rightfully so, Trump has said it’s something he’s considered. BUT…it seems that the tables MAYBE turning now…and Cruz is starting to close the gap between them in the polls! 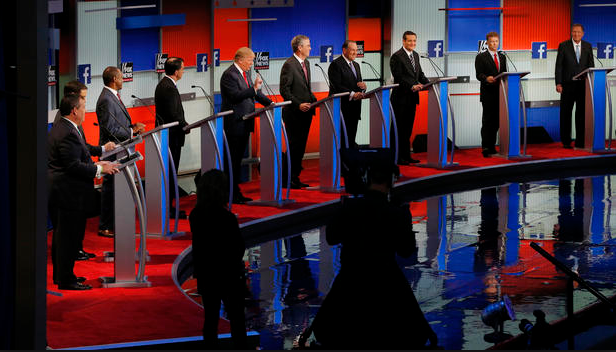 The once-friendly rivalry between Ted Cruz and Donald Trump is getting edgy as the Texas senator cuts into the business mogul’s lead, setting up a potential showdown in the GOP presidential primary debate Tuesday.

Cruz has largely avoided public attacks on Trump — likely in part to avoid his withering counter-attacks and also in hopes of gathering Trump supporters should he falter or quit the race.

Trump has mostly left Cruz alone — at least until recently, when Cruz apparently criticized him at private fundraisers.

The Texan then pulled ahead in Iowa, according to polls released over the past few days.

“He said it behind my back. Somebody taped that conversation,” Trump said about Cruz on “Fox News Sunday.”

Tuesday’s debate, hosted by CNN, will be the fourth of 12 sanctioned GOP White House primary debates and the final one of the year.

It also comes less than 50 days before the Iowa Caucus, the first voting in the 2016 election cycle.

On Sunday, Trump suggested that Cruz’s tactics on Capitol Hill are devoid of the compromising skills needed to run the country.

“You never get things done that way. You can’t walk into the Senate and scream and call people liars and not be able to cajole and get along with people. … That’s the problem with Ted.”

When the reports surfaced last week of Cruz at New York fundraisers questioning Trump’s judgement, Cruz promptly tweeted: “The Establishment’s only hope: Trump & me in a cage match. Sorry to disappoint.”

And within hours of Trump’s attack Sunday, Cruz responded on Twitter by posting a link to the song “Maniac” from the movie “Flashdance” and writing: “In honor of my friend @realDonaldTrump and good-hearted maniacs everywhere

This only builds more anticipation for tonight’s debate…can not wait to see who REALLY shows up to play ball tonight.