A special holiday treat was bestowed on Joey Martin Feek and her family[1] this season, when she was able to get out of bed and spend some time celebrating the holidays with her family. 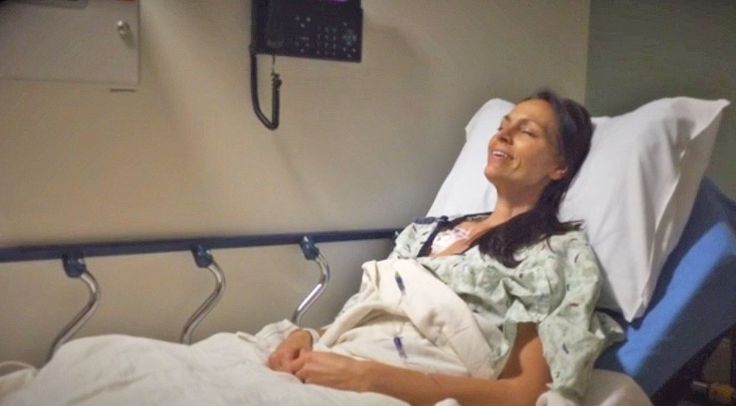 Rory Feek, Joey Martin Feek’s husband, revealed via his blog that Santa Claus paid them an early visit in Alexandria, Indiana this week. Santa, who sported a real beard, came bearing gifts from the couple’s friends, according to USA Today.

The visit was special for Feek because she was able to witness her 22-month-old daughter Indiana’s first Kris Kringle experience. Santa said he was nervous about the visit because he was not sure if the country singer was feeling well enough to accommodate visitors, but Feek immediately took delight in him.

“I think once he saw my bride sitting on the couch and smiling when he came in, and enjoying the evening… he settled in and hopefully had as good a time as we did,” Rory said in his blog. “What a blessing this evening was. Indy’s first time to meet Santa Claus… and Joey and I’s first chance to get to know him a little better.”

In October, Feek decided to stop the treatments and aimed to live through Christmas. Because the Joey+Rory duo got nominated for the Grammy awards, she also set another goal to survive until Feb. 15 to witness the awards night.

Meanwhile, Nashville-based songwriter Tyler Hayes was so touched by Feek’s story that he decided to write a song for her. Last month, he posted “Joey’s Song” on YouTube and it has racked up more than 125,000 views as of Dec. 20, the Inquistr reports.

In a statement on Facebook, Hayes said the Feek family’s experience right now cannot be described with mere words. He wrote “Joey’s song” to remind them that Joey Martin Feek will never leave her family and loved ones no matter what happens in the near future. He explained that she may physically die, but her presence will live on.

Life is precious, and thank goodness that it does not end after our mortal one on earth…and the relationships with family and friends, live on into the next stage of progression into the eternities. God Bless this family and their bright outlook on the future.