Finally, we have a victory! On Monday a federal judge lifted another judge’s previously instituted BAN that was causing PLENTY of trouble for Sheriff Joe. He was denied the right to conduct raids on workplaces that knowingly or unknowingly employ illegal immigrants. Now…he can.[1] 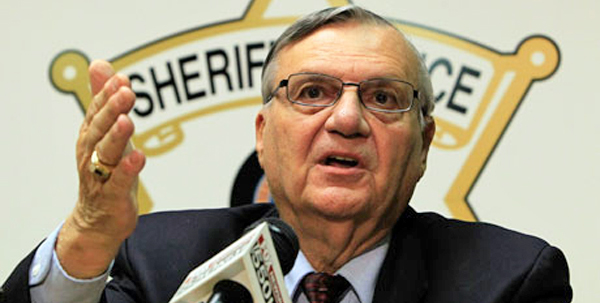 Thankfully, a panel of judges on the 9th U.S. Circuit Court of Appeals lifted the previous ruling Monday, thus making it possible for the sheriff to continue rooting out and prosecuting illegals.

“These bills were passed, at least in part, in an effort to solve some of Arizona’s problems stemming from illegal immigration,” the judges wrote. “But these bills were also aimed at curbing the growing and well-documented problem of identity theft in Arizona.”

“I’m happy with the decision,” Arpaio said, though he had reportedly already disbanded his “work-site identity-theft enforcement unit” before the injunction was even imposed.

He added, “I’m looking at all the options.”

Hopefully, bringing his team back together is one of those options, since his squad helped bust 780 identity-stealing illegal criminals.

For some reason, after reading this…the theme song for ‘COPS’ started playing in my mind…weird.