Ferguson just hired their first black police chief. With their history, it’s easy to question how things will turn out…and some even feel a little on edge. This police chief however, didn’t make anyone wait too long to see how things would play out …no, he hit the ground running and made this statement…[1] 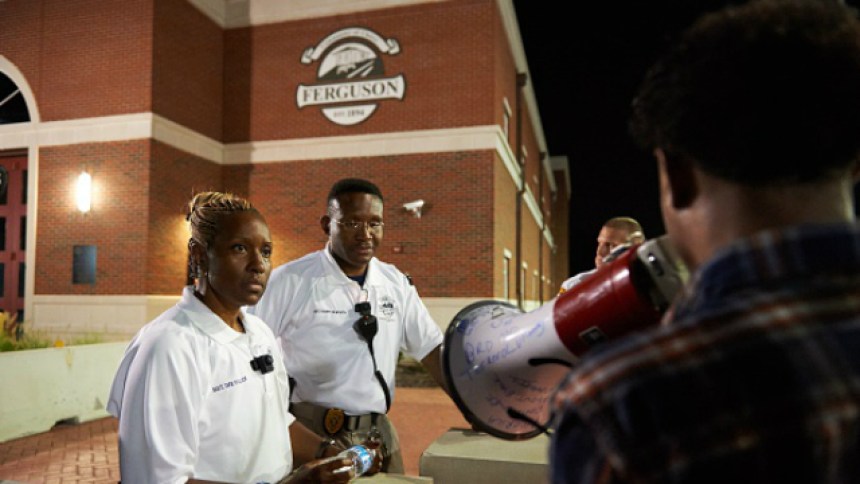 Delrish Moss of Miami was motivated to become a police officer after being mistreated by law enforcement as a child. Quite naturally, he said his pursuit of a high-ranking position in a police department had a personal motivation: He wanted to fire bad cops like the ones who abused him.

Moss took the oath of office at the Ferguson Community Center on Monday in front of a crowd of about 150 people, including city residents, police from other departments in the region, as well as a handful of officers from Moss’ previous employer, the Miami Police Department.

Then, in his first remarks to Ferguson officers as their new boss, Moss delivered a stern warning.

“If you work hard, if you stay honest and committed, if you maintain respect for the community and do your job well, we will get along just fine,” he said. “If you fall short of that, and it’s through a mistake of the head, we will work to correct that. But if you do it with malice, if you do the job in a way that disrespects the badge that you hold, I will see to it that you are either removed from police service, or further prosecuted.”

Alright… ‘work hard, stay honest and committed and maintain respect for the community and do your job well’… I’m pretty okay with that. As long as he’s not implying that they weren’t in the first place. What do you think?