BREAKING: Hillary Gets Devastating News… THIS IS IT

Excellent news for Trump supporters and those who dislike Hillary[1] comes in the form of a famed national average poll. 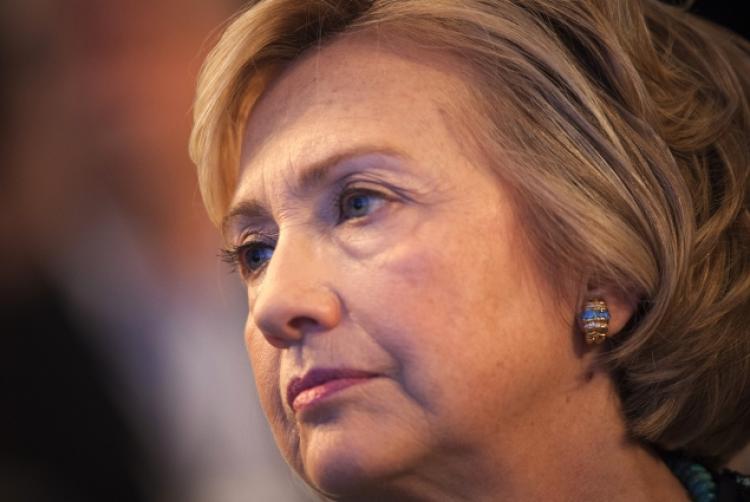 He’s up by just a hair, but Donald Trump, for the first time, surpassed Hillary Clinton in the famed Real Clear Politics average of national polls.

Leading the likely Democratic nominee by .2 percent, the average of polls from the last week puts Trump at 43.4 percent support to Clinton’s 43.2 percent.

Of the five polls used to create the average, Trump was the leader in three of them.

It was last week’s Fox News poll that got the trend started, with Trump ahead of Clinton by three points, 45 percent to 42 percent, within the poll’s sampling error.

In typical Trump fashion, the presumptive nominee tweeted the results using the hashtag ‘Make America Great Again’ and used his nickname for Clinton, ‘Crooked Hillary,’ when he shared her percentage.

The poll showed a growing gender gap between the candidates with Trump winning men by 22 points and Clinton winning women by 14 points.

The next poll giving Trump an edge was from Rasmussen Reports, a survey that had once already shown the Republican leading the Democrat.

The Rasmussen survey that was released last week showed Trump five points ahead of Clinton, 42 to 37 percent.

Pollsters there talked to voters as Trump was releasing the names of his potential Supreme Court picks ‘furthering his efforts to unify the party and end the #NeverTrump movement among some Republicans.’

The Democrats, on the other hand, were still at it, with Clinton eking out a win in Kentucky and Vermont Sen. Bernie Sanders handily winning Oregon last week.

If it comes down to Trump and Clinton, it will be a tight race, but somebody has to win it. Who would you prefer?