BREAKING: Hillary Gets DEVASTATING News on the 4th of July

FINALLY, Julian Assange has REVEALED damning documents from Hillary Clinton’s Secretary of State private email server and you won’t believe what’s in it… 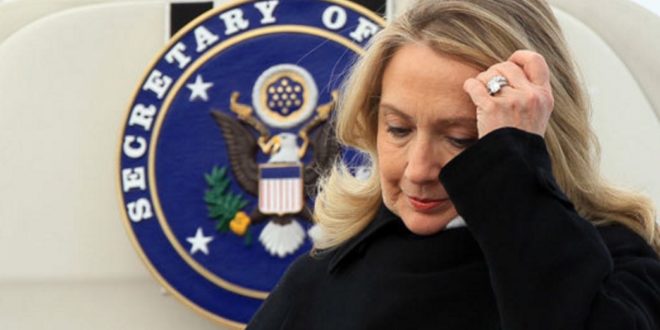 Wiki Leaks has her emails, and we are supposed to believe that the Russian’s, Chinese, Iranians, North Korean’s and ISIS never saw anything on her unsecured server. This is just too good. Hillary supporters will ignore it, but the undecided, independents won’t and believe or not, six percent of the populace determine the election.

So uhh…this looks like she wanted something sensitive sent as non-sensitive doesn’t it? You can search for more information, CLICK HERE: https://wikileaks.org/clinton-emails/

It’s a shame that Wikileaks is more reliable than the government. Plus, it’s a shame this woman is allowed to run for office. Imagine anyone else was under FBI investigation and running for president. We would have lost our minds, but Hillary pulls the gender card and gets a free pass.

Now that Clinton’s emails are out for everyone to see, do you think it will make any difference to Hillary’s chances of becoming President?