Oh boy! Trump is making noise, and I have a feeling…FOX News is going to be hearing it the LOUDEST! With the new controversy over the upcoming debate with [1]FOX, people are weighing in on whether they would even be interested in watching a GOP debate without Trump…this is what they are saying… 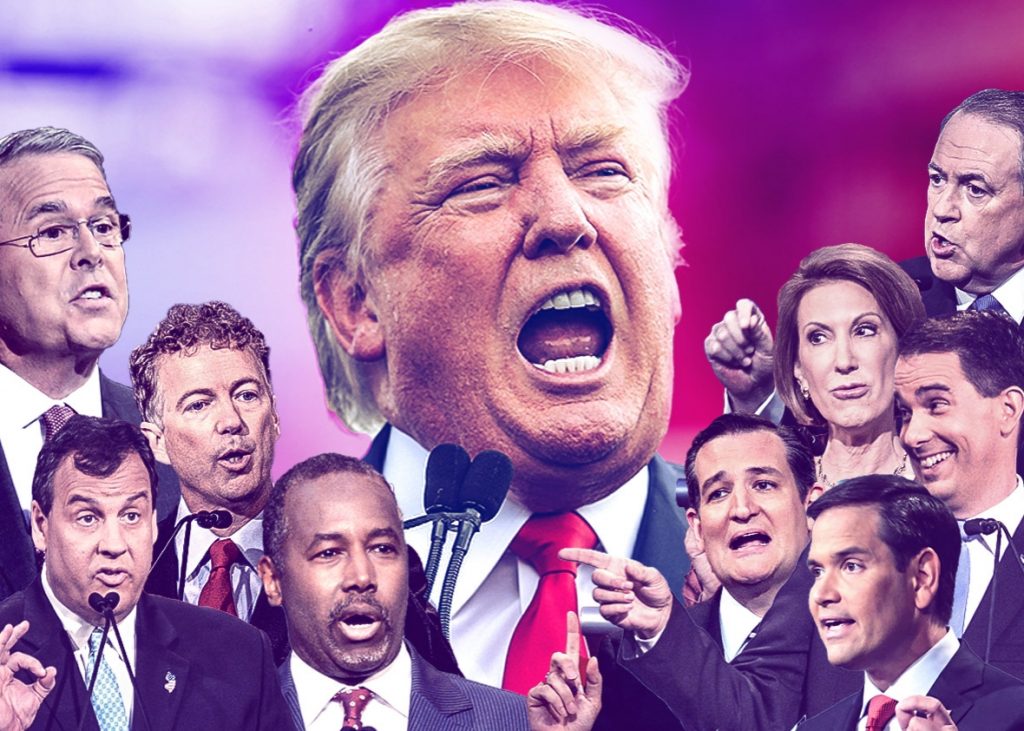 Panic Time for FOX and GOP….

FOX News host Greta Van Susteren asked her conservative viewers if they will tune in to Thursday’s GOP debate now that Donald Trump has announced he will not participate.

83% of viewers said they WILL NOT watch the debate.

‘Are you going to watch GOP debate?’ 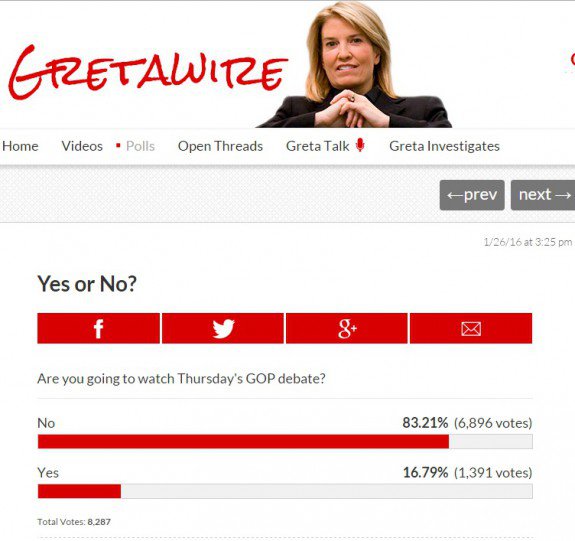 Oh boy, looks like there won’t be much viewing traffic for this next GOP debate, if FOX doesn’t smarten up about how they will proceed…