BREAKING: Major GOP Candidate to Drop Out of Race

WHAT! Is this race about to truly become a two man race for republicans? The latest news spreading like crazy is simply a question… Will he? Or won’t he?[1] Will Rubio be dropping out of the race- and what will that mean for the two last men standing!? 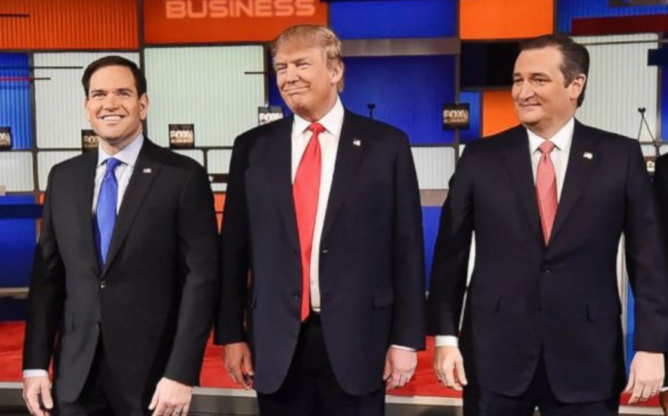 Fox News reporting today that his big donors are pressuring Marco Rubio to drop out of the race immediately — as in, before the Florida primary.

When CNN aired a similar report two days ago, the drama was high as Rubio’s Communications Manager stormed CNN to set the record straight that his candidate was not even entertaining the notion. Then three hours ago, Fox News aired a very similar report. Earlier today, CBS did the same.

When CNN’s report came out, the Cruz campaign was pilloried by Rubio supporters claiming that they were playing dirty by referencing the news report from the major network. Will Cruz take the blame for these two new reports as well?

Either way, the Rubio camp is still flatly denying the reports.

Top @marcorubio[3] donors say barring a positive poll, the Senator will suspend his campaign prior to the Fla primary.https://t.co/IRJSkevDD0[4]

The Freedom Center is a 501c3 non-profit organization. Therefore we do not endorse political candidates either in primary or general elections. However, as defenders of America’s social contract, we insist that the rules laid down by both parties at the outset of campaigns be respected, and that the results be decided by free elections. We will oppose any attempt to rig the system and deny voters of either party their constitutional right to elect candidates of their choice.

Here’s hoping that Rubio and his team make the right choice, based on what would be best for America… What do you think would be the best decision for him to make in regards to dropping from the race?