The evidence is piling up against Hillary and it all seems to be pointing towards proving something that Hillary and all her people are denying. She is sick. I mean short of releasing her actual medical records[1], it seems the media is sure as sure can get about her health. However, you look at what has been found and make the decision for yourself. 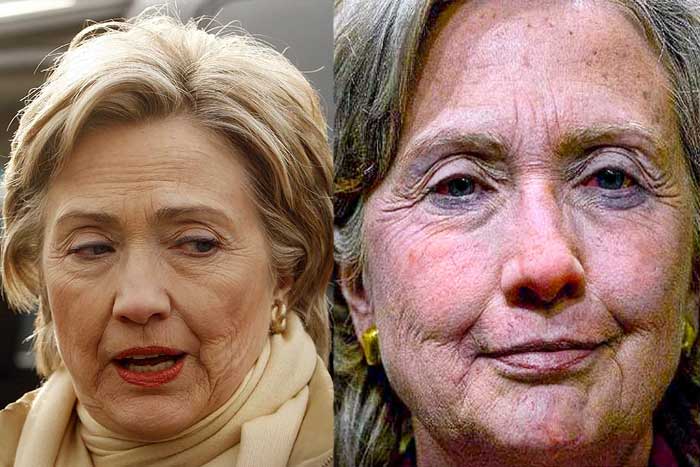 What’s going on with Hillary Clinton’s health? That’s a question many people are asking these days. There’s a lot we still don’t know about the mysterious health scare Clinton suffered in December 2012, when she was hospitalized for what was later described as a blood clot on her brain.

The event was shrugged off as a minor scare, and Hillary eventually returned to work as secretary of state, sporting a pair of very thick spectacles. However, in 2014, Bill Clinton revealed that his wife’s “terrible” health episode “required six months of very serious work to get over.”

Some of Hillary’s behavior over the course of the campaign has been described by observers as ‘erratic’ … leading some critics to raise questions about her current health.

Hillary Clinton will turn 69 in October.

Honestly, it’s Hillary. So all we need to know is that she said that her health is really good. So obviously, it’s going to be the very opposite of what she says. She’s a liar.