Obama’s Administration has been telling us whole lot of nothing regarding our war, not war with ISIS[1]…and from the little bit we could gather we were bombing ISIS…but, were we? Really? 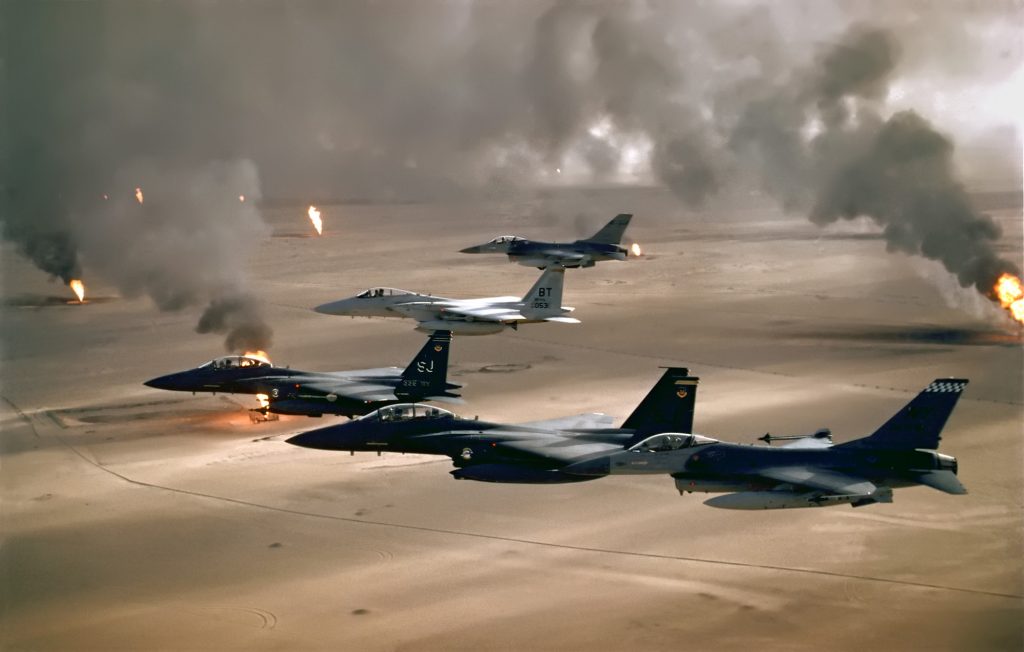 A pro-Putin member of Russia’s parliament accused the Obama administration of essentially spending a year bombing the Syrian desert as opposed to Islamic State group targets, ranting on Twitter that American-trained “moderate rebels” had all run off to join terrorist organizations.

“(Senator John) McCain accused us of striking out at US-trained insurgents… However, since they have either run away or joined al-Qaeda, hitting them is a mission impossible,” Alexei Pushkov tweeted, according to Sputnik News.

Pushkov evinced similar thoughts during an interview with France’s Europe 1 Radio, in which the Russian MP said, “The U.S.-led coalition spent a whole year pretending they were striking ISIL targets but where are the results of these strikes?”

Pushkov is the head of foreign affairs committee in the Russian Duma, the lower house of the country’s parliament, according to National Interest.

His questioning may not be that far off of the mark. According to figures compiled by the Council for Foreign Relations in a recent piece for Newsweek, American intervention in the crisis in the Middle East is hardly substantial.

The CFR calculated that 43 bombs per day were being dropped against the Islamic State group during the current campaign. If you think that’s substantial, consider the Iraq war, where 1,093 bombs a day were dropped in 2003.

And even that pales in comparison to the first Gulf War. During that period, coalition forces dropped 6,163 bombs per day on the enemy.

Even when American forces have Islamic State group terrorists in their sights, they aren’t necessarily allowed to fire, thanks to Obama administration engagement rules that handcuff American forces.

“There were times I had groups of ISIS fighters in my sights, but couldn’t get clearance to engage,” one F-18 pilot told reporters in May.

“They probably killed innocent people and spread evil because of my inability to kill them. It was frustrating.”

McCain has also complained that 75 percent of pilots returned to base without firing a weapon during the fight against the Islamic State group, according to Fox News.

How frustrating! It’s one thing to DECEIVE us and bomb…NOTHING! And…it’s a whole other Monster when you deceive us and bomb nothing…WHILE wasting resources and money spent on the FAKE TARGET bombs! …and then our Soldiers have the enemy in sights and at the ready to dispose of wicked men…and they have to STAND DOWN?? Going on to be forced to live with the guilt of imagining how many more people those wicked men will torture, murder, and ruin because they couldn’t stop them.

Who else is sick of being pushed around by leadership that refuses to be Leaders?