Who could have ever imagined that America, planet earth’s most powerful nation, would be in a situation where people like Clinton and Trump were her only options for leadership? These are both exciting and frightening times…[1] 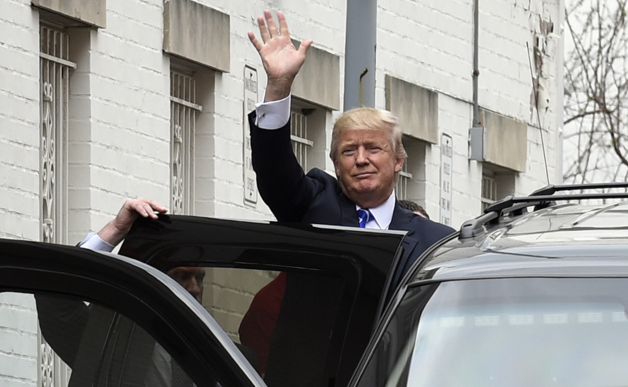 For the GOP establishment, this was nothing short of a disaster. Nearly a year spent trying to derail a man who was self-funding his way to the nomination, and how did that end for them? Not only did they not derail Trump, they seemed to make him stronger.

And these efforts were mostly led by Reince Priebus, chair of the Republican National Committee. So, is he still holding out hope for a contested convention or a white knight?

Nope. In fact, the RNC chairman tweeted his capitulation shortly after Cruz announced he was withdrawing from the race.

[email protected][3] will be presumptive @GOP[4] nominee, we all need to unite and focus on defeating @HillaryClinton[5] #NeverClinton[6]

While one can imagine the tears falling on Reince Priebus’ iPhone as he tweeted that, he has no one but himself to blame.

Priebus became the chairman of the RNC in January of 2011. In that five years, he’s presided over a slow-motion train wreck of capitulation and squandered opportunities.

Say what you will about how Cruz ran his campaign against Trump, he’s a man whose convictions in the Senate are beyond reproach. However, the cynicism of the GOP establishment in supporting Cruz was apparent, and voters simply didn’t buy him as an effective anti-establishment type.

Throughout the campaign, support for one man has grown: Donald Trump. All of the predictions about the “Trump ceiling” or a blowout in November have proven so far to be false. The establishment has failed.

Now, it’s time for the party to unite behind its presumptive nominee — just like the establishment has been forced to call for.

Where do you stand? Anyone but Hillary?