Yesterday[1], South Korea fired at an object launched at them by the North Koreans. It is now widely believed that the object was a drone[2]. It hardly matters… whatever it was, it would be seen as an aggressive act and the South Koreans would have shot it down to protect themselves. There are millions of lives at stake there.

Fox News[3] reported that in response to the incident, South Korea fired 90 machine gun rounds toward the North Korean border. They then launched aerial surveillance to make sure the threat was neutralized and that the NoKos got the message. The South Koreans are vowing to “maintain high vigilance” after the incident. I don’t blame them… drones can now carry a wide array of bombs and weapons. 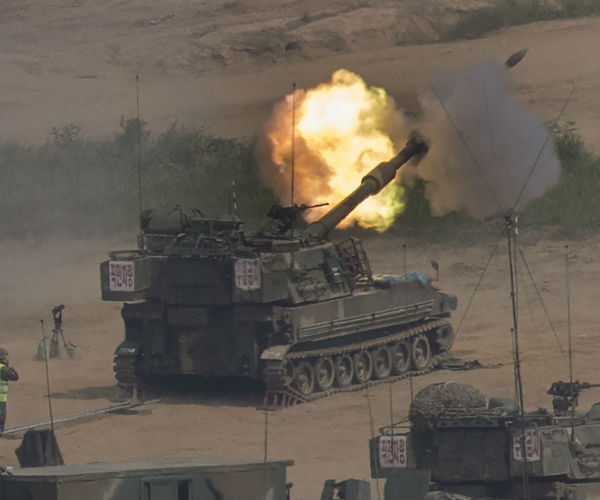 South Korea’s Joint Chiefs of Staff said in a statement that the military broadcast a warning to North Korea in response to the object before firing the warning shots. It said the military also bolstered its air surveillance. The statement provided no other details.

There was no immediate comment in North Korea’s state-run media, and no reports that the North had returned fire.

South Korea’s Yonhap news agency, without citing a source, reported that the South fired about 90 machine gun rounds into the air and toward North Korea. It said South Korea was analyzing whether a North Korean military drone had crossed the border.

The Koreas face off across the world’s most heavily armed border, and the two sides occasionally clash. North Korea is also building nuclear-tipped missiles and has greeted new South Korean President Moon Jae-in, who wants to reach out to the North, with two missile test-launches, part of a flurry of tests since leader Kim Jong Un took over in late 2011.

South Korea shot down another drone last year that North Korea sent into their airspace. So, this is not a new tactic. North Korea recently announced its ability to successfully produce long-range drones. This was probably a test of that program. The South Korean military said in a statement Tuesday that it has bolstered its air surveillance after the incident, but provided few other details.

The Koreas face off across the world’s most heavily armed border and the two sides occasionally clash. With North Korea threatening nuclear war and to hit the US, everything they do now is monitored. The US is trying to get more useless sanctions. The time to handle the Hermit Kingdom once and for all is upon us. I suggest someone does that before Kim Jong-Un drops a nuke or an EMP in someone’s back yard. 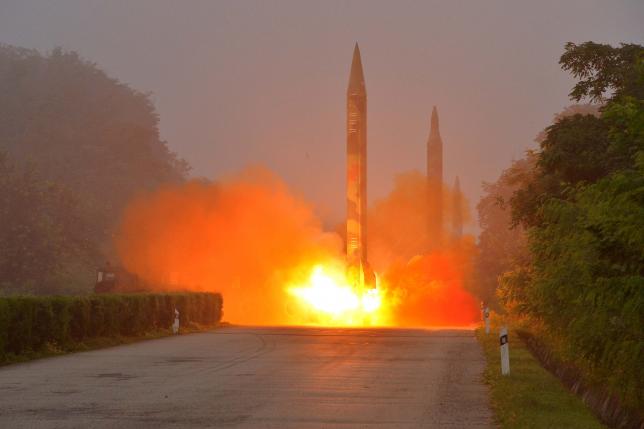 Ballistic rocket is seen launching during a drill by the Hwasong artillery units of the KPA Strategic Force, July 2016. KCNA/via REUTERS