We’ve all been concerned that Syrian refugees[1] were going to bring extremist beliefs and ideologies into the United States. But what about about leishmaniasis? You may have a puzzled look on your face right now…Don’t worry…you’re about to learn what that is. 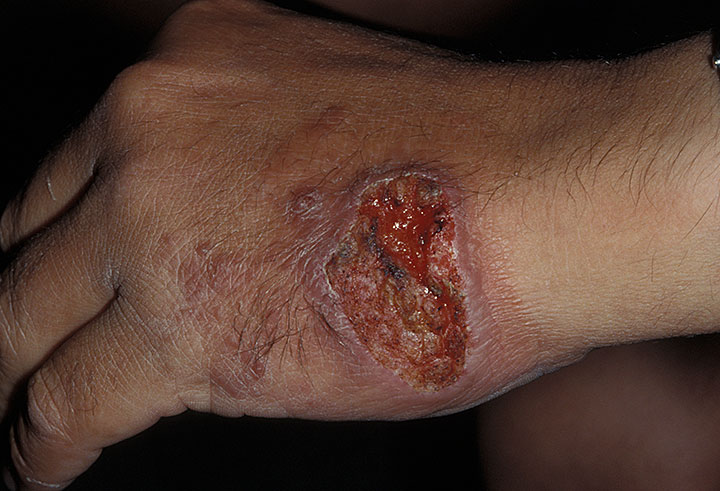 President Obama’s refugee plans will have you knowing soon enough. Leishmaniasis is a flesh-eating parasite that can often be fatal. It’s spread by sandflies, including species in the United States.

And, as Breitbart reports, two forms of the disease are rampant among Syrian refugees.

If a Syrian refugee is lucky, he’ll only contract cutaneous leishmaniasis. That version of the disease produces volcano-like ulcers that develop weeks or months after being bitten by a sandfly infected with the protozoan responsible for the illness.

If a Syrian refugee is unlucky, he’ll contract visceral leishmaniasis. That one doesn’t have the gory, unfortunatem volcano-like ulcers that develop. That’s the good news. The bad news is that the disease drops the ulcers in favor of attacking your internal organs — especially your spleen and liver, as well as your bone marrow.

The CDC has documented that “migration patterns of refugees with cutaneous leishmanias were identified in Lebanon” in 2012. By that time, 52,982 cases of the disease were reported in Syria.

“Fifty-nine percent of patients had more than one of the following: disease compromising the function of vital sensory organs (eye, ear, nose, and mouth) (27%); lesions of greater than 5 cm in diameter (49%); disfiguring facial lesions (37%); special forms, such as sporotrichoid or lymphangietic with satellite lesions (9%); and lesions present for more than 12 months’ duration,” a CDC report on a 2012 outbreak in Syria read.

It wasn’t just Lebanon that was affected by leishmaniasis. Dr. Philip R. Fischer, Professor of Pediatrics at the Mayo Clinic, was quoted in the peer-reviewed journal Pathogens discussing the impact the refugee crisis has had on Turkey.

And keep in mind, a refugee can be symptom-free for weeks or months after a sandfly bite. Screening refugees for symptoms will still likely let many through.

This is beyond disturbing…