BREAKING: Trump Drops Bombshell – This Will Change Everything

Early in his campaign for the White House, Republican presidential frontrunner Donald Trump suggested that his nominees to the Supreme Court may be unexpectedly moderate[1]…now his tune has changed, and by FAR! 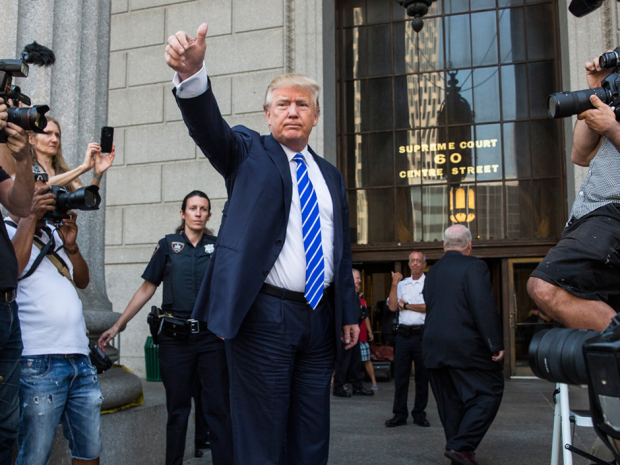 At the forum, which was hosted by South Carolina Attorney General Alan Wilson (R), Trump named Justice Clarence Thomas as his favorite justice, labeling the Court’s most conservative member “very strong and consistent.” He also joined the chorus of Republicans angry that Chief Justice John Roberts twice turned aside lawsuits seeking to gut the Affordable Care Act. “Justice Roberts really let us down,” according to Trump. “What he did with Obamacare was disgraceful, and I think he did that because he wanted to be popular inside the Beltway.”

Trump’s suggestion that Roberts is insufficiently conservative is itself an extraordinary statement, although it has increasingly become Republican orthodoxy.

Yet, while Trump’s statement that Roberts is insufficiently conservative should concern liberals, his apparent desire to appoint more justices like Thomas should petrify any American who depends on the web of workplace and anti-discrimination laws that were enacted in the later half of the twentieth century.

Justice Thomas, however, believes that the Constitution must be read as it was originally understood in 1918. In a concurring opinion in the 1995 case United States v. Lopez, Thomas claimed that the word “commerce,” as it is used in the Constitution, “was used in contradistinction to productive activities such as manufacturing and agriculture.” This, of course, is the same reasoning that animated decisions such as Hammer.

A majority of five Thomases on the Supreme Court, in other words, would be apocalyptic for anyone who believes that the nation’s workplaces should be regulated. Should Trump become president, moreover, it is entirely possible that he could achieve this goal. On the day that the next president takes office, three justices will be over the age of 80, while a fourth, Justice Stephen Breyer, will be 78. That’s four seats that a President Trump could conceivably fill with clones of Justice Thomas.
When you add the original Justice Thomas to the mix, that’s enough votes to build a bridge to the nineteenth century.

What do you think about Trump’s plans for the Supreme Court?