British Hospitals in the Red Send Strong Warning to the US 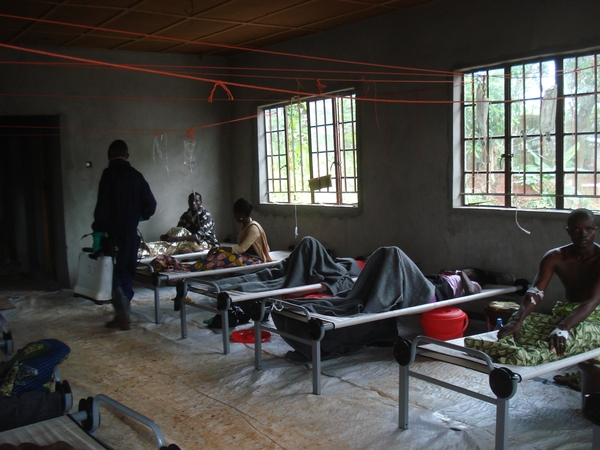 Britain has “free” health care, which means it is run by the government and funded by taxpayers. Those on the left in the U.S. want to move to this model, which is often referred to as universal healthcare or single-payer since the government handles all the financing. If something sounds too good to be true, it probably is. If health care doesn’t cost anything, people are going to use more of it. They’re not going to think prudently about which services they really need because they don’t feel the immediate cost.

Consequently, 131 out of the 138 hospital trusts in Britain’s National Health System (NHS) are now in debt. The deficit has nearly tripled in size over the past year, and may reach[2] £2.9 billion. “These figures are beyond dire,” declared Adam Roberts, a representative of the Health Foundation think tank. The think tank has also revealed[3] that efficiency improvements have remained stagnant. With no competition (other than private health care which costs money), there is little incentive to make improvements. David Prior, former head of the Care and Quality Commission (CQC) non-departmental public body, admits there is no real market in British health care, and says this especially hurts people in rural areas who have access to only one hospital regardless of quality. He said 20 percent of hospitals have serious problems dating back several years, and another 20 percent are only performing so-so.

What no one will suggest is that maybe government-run health care isn’t working. Instead, according to an anonymous whistleblower[4] who is the finance director at an NHS foundation trust, national regulators are pressuring the hospitals to cook their books. He told the House of Commons Public Accounts Committee how an accountant masked a deficit of £10 million in 2008, in order to show a surplus of £1 million. The accountant was prosecuted and sent to prison. The whistleblower says the deficit targets set for the hospitals are not realistic and cannot be achieved. One out of three NHS providers are refusing to accept the deficit targets.

Another whistleblower, Dr. Raj Mattu, said[5] because of forced cuts at his hospital two patients died. He told The Daily Mail that nothing was being done about it and everything was being swept under the rug, “Hospital chief executive David Loughton was oiling the machine for his government paymasters.” Similarly, whistleblower Dr. Chris Day revealed[6] staff shortages and psychologist Narinder Kapur reported[7] a hospital for using unqualified staff in the neurosciences clinic. Recent research indicates an alarming one out of 10[8] patients suffers harm in the NHS system.

Yet instead of fixing the problems, the whistleblowers report being retaliated against by the hospitals. They say trumped-up complaints are brought against them, forcing them to face fitness-to-practice (FTP) hearings in front of the General Medical Council. These hearings are so traumatic[9] that “over 100 doctors facing such hearings have committed suicide between 2005 and 2013.” None of the sacked whistleblowers have reportedly been able to find[10] comparable reemployment.

The whistleblowers tellingly say[11] the punishments make them feel like they are living behind the Iron Curtain. Socialized healthcare is a big step toward a totalitarian government. If Bernie Sanders is elected president, he will try toimplement[12] a similar system here. Yet British socialized health care is not working well and continues to deteriorate. It would be naive to ignore this growing catastrophe and continue to press for a similar system in the U.S.