What possible issues in a person’s life leads them to not only want to kill their parents, but burn the house down with them in it? Two brothers in Atlanta tried[1], but were thankfully foiled because of their parent’s quick thinking… 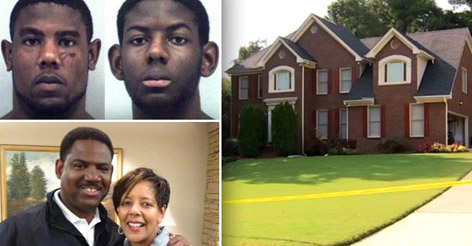 Yvonne Ervin dialed 911 from the family home in Snellville just before 8 a.m. to alert police that “her sons were trying to kill her and her husband,” Gwinnett County Police Sgt. Rich Long told WSB-TV.

“She told the 911 operator that the husband was distracting the sons and she was able to call,” Long said. “That is probably the life-saving move from this event.”

The two brothers are looking at look at first degree assault and arson, both of which are felony charges. Zachary and Yvonne Ervin are both recovering from serious injuries.