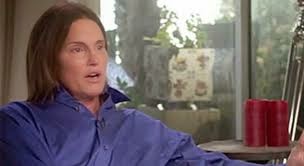 To the cadre of Republican consultants and their stupid Republican politicians in or seeking office who believe sticking only to economic issues as the only way to win elections, last night’s two interview of Bruce Jenner on ABC should bury that kind of thinking forever.

Bruce Jenner[1] claimed that he’s a Republican and a Christian. Well, maybe the former is true but the latter is highly doubtful. However, in the vacuum created by a political party, the Republicans, who refuse to stand for traditional issues in a meaningful way when those traditions are challenged or come under assault, Jenner can get away with saying virtually anything. Who in the Republican Party is there to challenge him besides the Ted Cruz’s or the Mike Lee’s?

The sad truth is the Republican Party has become a sad collection of Me Too-Get-Alongers who are quick to dump controversy and embrace whatever the corrupt media says they should embrace. If any establishment Republicans no longer have the stomach to fight on social issues, do the country a favor, resign and go home! Step aside for others who will take up the mantle like men, the kind of men Bruce Jenner doesn’t want to be anymore!