Buffalo Bills Fans Rage At Kaepernick: ‘Even Your Parents Don’t Like You!’ [VIDEO]

Colin Kaepernick’s first start of the season for the 49ers did not go as well as some may have hoped. When he took to the field, the quarterback was mocked and jeered, with a bottle flying[1] at him. American’s do love their football, don’t they? They also love their country. 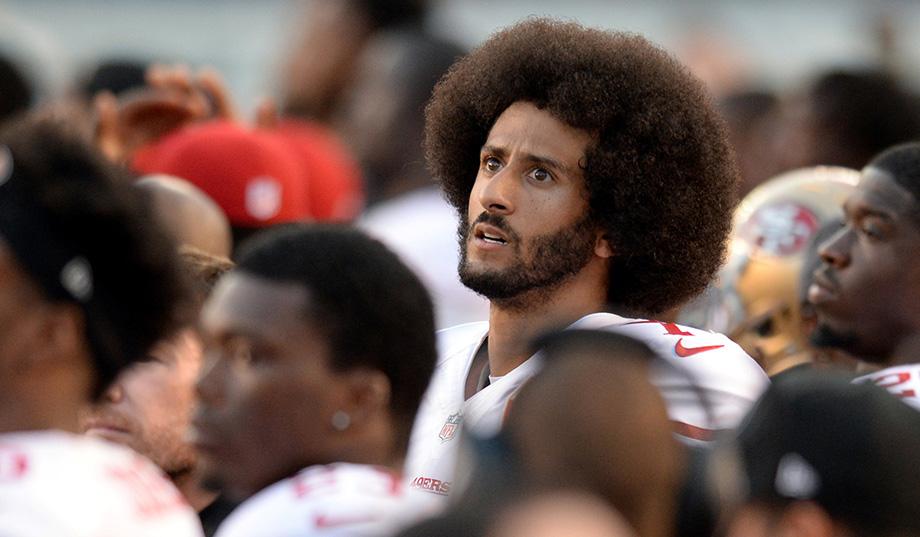 Due to the drop in NFL ratings, it’s not difficult to see which they love more.

Kap walked onto the field to the blaring sound of boos and jeers, with one person going as far as to yell ‘Your parents didn’t even like you!’ – no doubt a reference to Kaepernick’s birth mother, who is white, objecting to his protests. The fan that tossed the bottle at the quarterback was escorted out of the game.

A tailgating party during the game also saw the effigy of Kaepernick being set up for party goers to tackle and one video shows a young black woman doing just that.

Kaepernick’s wide criticism has stemmed from his taking a knee during the National Anthem in protest of perceived widespread black racism. during an interview he stated that he will continue to refuse to stand for the anthem until ‘(the American flag) represents what it’s supposed to represent’…

But that attitude didn’t set well with other fans and the Bills fans at Sunday’s head-to-head – Kaepernick’s first starting game this season – really let him have it.

‘You suck!’ shouted one guy to Kaepernick, as he walked out to the field.

There were plenty of signs brought out to mock the quarterback, with one of them saying, ‘Bills fans – proud Americans – We respect our flag + anthem’. Another fan held up the sign, ‘Disrespect Colon’.

The fans in the stands also chanted ‘USA! USA!’ ahead of the National Anthem – at which point Kaepernick resumed his now ill-famed kneeling position.

If Kapernick wants to express himself that way, he has the right to. If fans want to express themselves that way, they have the right too. Neither is breaking the law, so let’s see where this leads.